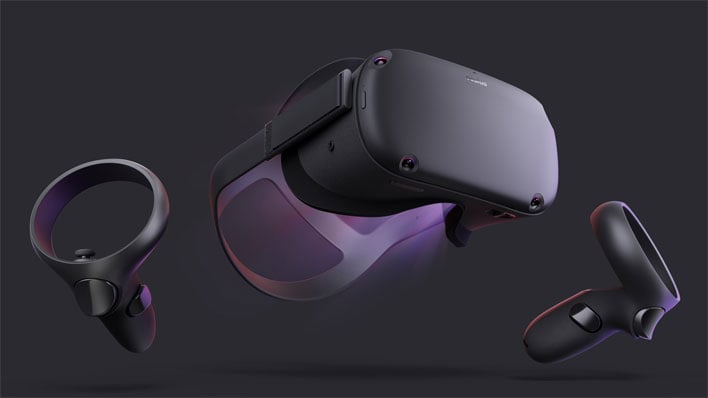 Virtual reality gaming has slowly been gaining traction, despite PC gamers initially being apprehensive to the technology (primarily due to the price of entry for high-quality VR headsets). That has changed with the announcement of Half-Life Alyx and the Oculus Link, which lets players enjoy Oculus Rift games on the Quest headset. With the two major announcements in the VR space, the availability of the Oculus Quest headset has slipped significantly.

As of writing, the Oculus quest headset is backordered until late February. Players that can't wait that long to get into the VR gaming space might be able to find some stock in retail stores like Walmart, Best Buy, MicroCenter, and GameStop. The MSRP for the Oculus Quest 64GB system is $400, and the 128GB system is $500.

Scalpers have taken to selling devices via Amazon and eBay, with prices jacked up significantly at around $600 for the 64GB version and as much as $800 for the 128GB version. The Oculus Link was a big boost to the popularity of the Quest headset. That wired connection gives the headset access to games like No Man's Sky VR, Skyrim VR, and others. Half-Life Alyx, the highly anticipated next game in the Half-Life franchise, is set to ship in March 2020.

The game isn't exclusive to the Quest headset, and it will work on all PC VR headsets compatible with SteamVR using tracked controllers. VR fever has hit Valve's Index VR headset stock hard as well, with that system also being backordered until February.

Valve announced Half-Life Alyx in mid-November as the next installment in the popular Half-Life series.