NVIDIA has reportedly prepared a new variant of its Ampere A100 GPU for the Chinese market. Currently, and until March next year, Chinese businesses can still acquire A100 GPUs via official channels, but new US sanctions come into play before April, meaning that NVIDIA’s most powerful enterprise GPUs can no longer be exported to the country. The answer, it seems, is a slightly modified version of the A100, dubbed the A800 GPU.
The US Government is pressing forward with these tech sanctions, as it reckons slowing the supply of leading edge electronics to China will help keep it in the rearview mirror with regard to military capabilities. Superfast GPUs aren’t only useful for benign tasks like weather modeling, or finding wonder-drugs for terrible diseases, they can also be purposed for deadly advantage—hypersonic missiles, AI-attack drones, and so on. 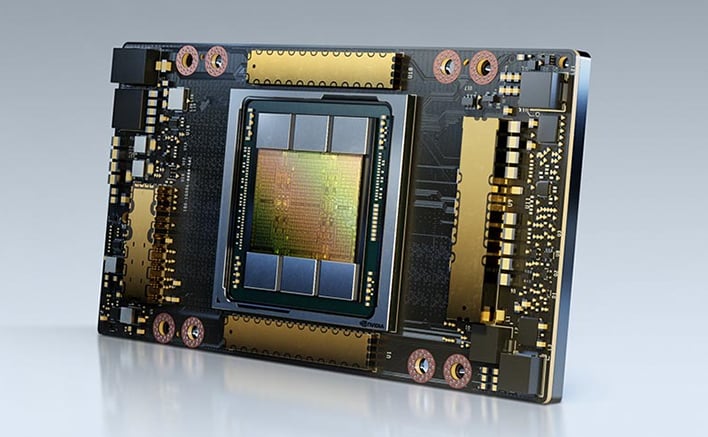 It is interesting to see how NVIDIA has sidestepped (we won’t say evaded) the US government’s China sanctions. The NVIDIA Ampere A100 had a quoted interconnect speed of 600 GB/s, however the new A800 is said to have had this speed reduced to 400 GB/s. According to various reports on the matter, other key specs of the A100 / A800 remain the same or virtually unchanged. Importantly, the 600 GB/s interconnect speed is the specified performance threshold in the US regulations about tech export controls, thus the A100 spec is beyond what is permitted. Has NVIDIA left a sizable gap here, so it can sell refreshed 500 GB/s GPUs to the Chinese next year? We don’t know. 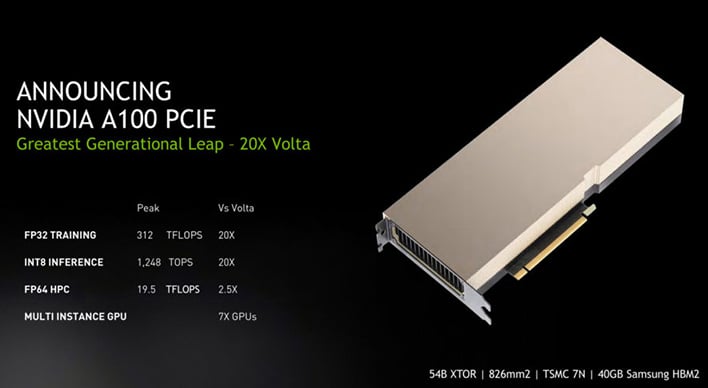 Readers might ponder whether NVIDIA’s customers in China will be able to ‘overclock’ the A800 to achieve similar to the same performance as an A100. According to an NVIDIA spokesperson, such tinkering won’t be possible; the new GPU’s performance is below the US regulatory threshold, “and cannot be programmed to exceed it.” It sounds like NVIDIA has put in some kind of ‘LHR-like’ lock, but seems confident a nation state can’t hack it.
“The A800 looks to be a repackaged A100 GPU designed to avoid the recent Commerce Department trade restrictions,” said Wayne Lam, an analyst at CCS Insight, who based his statement on the A800 specs revealed by Reuters. Lam also commented that the A800 could be important to NVIDIA, which gets a sizable proportion of its revenue from China.