At long last, the Consumer Electronics Show (CES) is virtually here, kicking off tomorrow Monday, January 11 and running through Thursday, January 14. As usual, you can expect a whole bunch of announcements, product unveils, and probably a few prototypes that may or may not ever come to fruition. In the midst of it all, NVIDIA is planning a "Game On" event related to its GeForce RTX hardware. Whatever could it be?
Given the ramp up of recent leaks and rumors, the smart money is on NVIDIA unveiling its next-round of mobile GPUs for laptops. These will be based on its Ampere architecture, the same as what underpins its GeForce RTX 30 series on the desktop. And that is pretty exciting, given the performance per dollar jump that Ampere has delivered over Turing.
NVIDIA has not revealed much in the way of its mobile plans, at least not officially. However, it did post an interesting Game On teaser clip on Twitter. Have a look...

The purpose of the post is to announce the upcoming Game On livestream. CES is all virtual this year, and the Game On stream is scheduled to Tuesday, January 12, at 9:00am Pacific (12:00pm Eastern). You can catch it on NVIDIA's Twitch or YouTube channels. 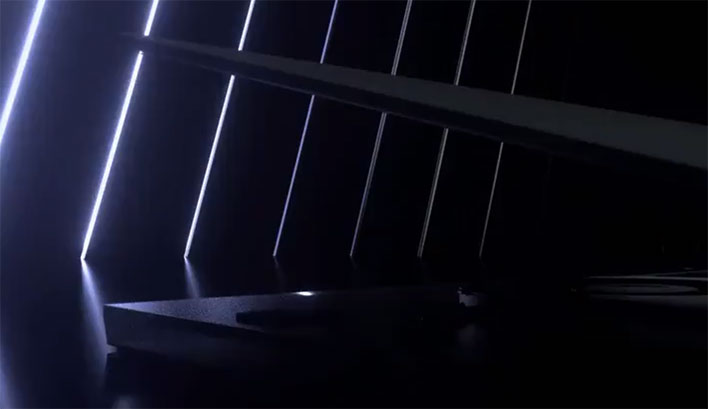 Now for the clues. There are two of them. In the teaser clip, a partially opened laptop is visible at the 4-second mark. That is as close to a confirmation as we can probably get, before the actual livestream event. It appears ever-so-briefly, as the scene quickly cycles through other images.

Another clue can be found at the 5-second mark, in which we see this... 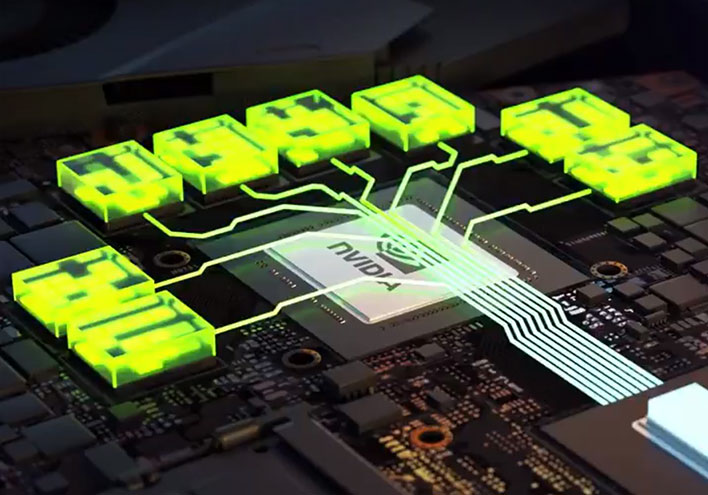 Notice how the CPU seems to be directly communicating with the GPU's onboard memory. To our eyes, it sure looks like NVIDIA is teasing its own implementation of resizable BAR (base address register) support, similar to AMD's SAM (smart access memory) feature, as we wrote about in our Radeon RX 6800 XT and 6800 review.

Rumor has it this will be supported on both AMD and Intel platforms, whereas SAM works only with AMD's own hardware ecosystem. What this essentially does is give the CPU access to a GPU's entire pool of video memory rather than just a portion of it. The technology is part of the PCI Express specification, and can potentially improve performance with some graphics workloads.
So, at a minimum, it looks like NVIDIA will be announcing laptops GPUs based on Ampere, and resizable BAR support. We might also see the company unveil more desktop Ampere GPUs. A recent document on Lenovo's website pointed to GeForce RTX 3060, GeForce RTX 3050 Ti, and GeForce RTX 3050 GPUs being on the horizon.
We'll know for sure soon enough, as the livestream is just a couple days away. Stay tuned!