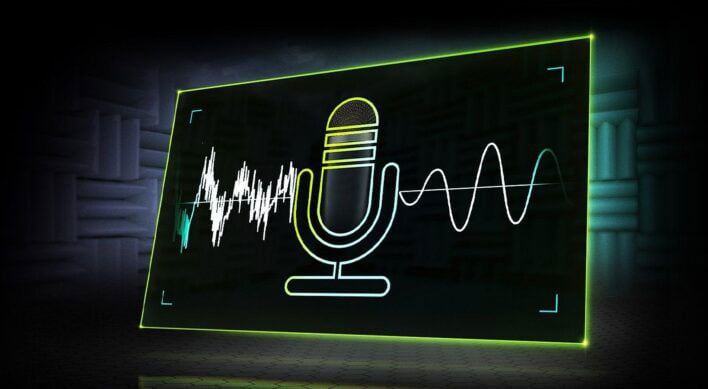 Lots of folks are working from home these days, and that means endless WebEx, Zoom, Skype, or other online meeting sessions. When you're not optimally equipped to work from home, especially if you don't have a dedicated workspace, that can be a bit of a mess with lots of background noise happening while you're in a session. It's not all bad, though, because Team Work From Home can clean up captured audio in real time with the help of NVIDIA's new RTX Voice application. 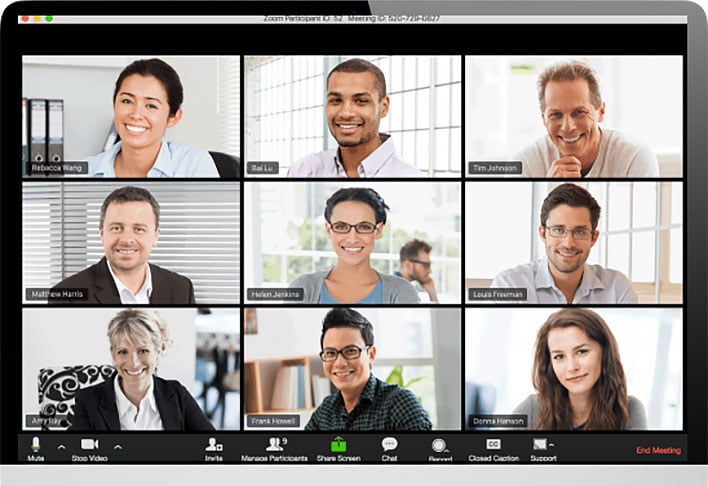 Basically, RTX Voice works as a software layer between an audio source (a microphone) and its destination (your Zoom call, for instance). Install the app from NVIDIA's website and fire it up. Here, you'll find a control panel to select the input and output devices. Both of those settings also have a checkbox to remove background noise and a Noise Suppression slider. That's right, RTX Voice and your GeForce RTX card can clean up audio from not just your own PC, but from that of coworkers on calls, to separate their background noise, too. 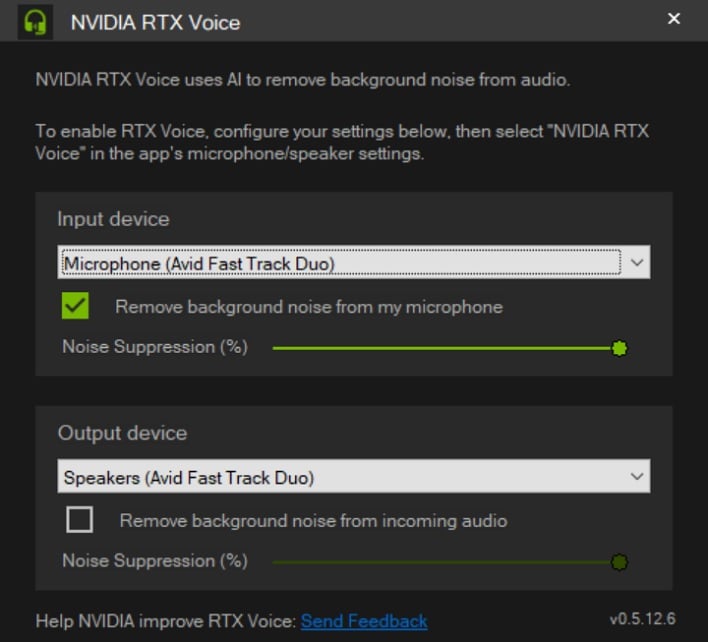 What's the catch? As the name implies, RTX Voice requires a Turing-based graphics card with RTX Tensor cores. That means a GeForce RTX 2060 or higher, so no Turing-based 1600 series or older generations. Or so it would seem. An intrepid user on the Guru3D forums found the installer configuration bits that need trimmed out so that RTX Voice will install on almost any GeForce-enabled PC. It seems that RTX Voice works well on Pascal and later, and even some GeForce 900 series and earlier cards seemingly work, at least a bit. We're not sure why NVIDIA would block the app from running on older hardware, but it's nice that a workaround exists (at least for now).


RTX Voice Too Good To Be True? You Be The Judge...

A free application that can handle noise cancellation on both incoming and outgoing audio seems too good to be true. We just had to give it a go with our own setup, which includes an Avid Fast Track Duo and an AudioTechnica AT2020. We set the microphone on top of the PC, which is normally a pretty bad idea, since it picks up vibrations from the fans in the case and required turning up the gain a bit to pick up my voice. Check out our quick example.


Most of this sample was captured with RTX Voice's noise cancellation enabled, but around the 1:30 mark we turn it off. Immediately you can hear the hum of fans, the click of an analog clock, and even my dog snoring. None of that was present in the early section of the recording. It's very much a night-and-day comparison, although the sound isn't perfect. On rare occasion, my voice gets a touch robotic. There was also no noticeable hit to performance on my GeForce RTX 2060 while RTX Voice was enabled.

A quick listen indicates that RTX Voice works much like the noise cancellation plugins in digital audio workstation (DAW) apps like Audacity, Avid Pro Tools, or Presonus Studio One. That means while you speak, the background noise starts to creep up a bit, and then the noise gate clamps the sound floor down again when you stop. Unlike those apps, though, RTX Voice does this processing in real-time. A quick Zoom call with my wife (not recorded, sorry folks) also showed that stripping noise from someone else's audio worked just as well.

One other thing is that, as we mentioned in the recording, RTX Voice also boosts the levels of the audio it keeps. That's great when you're far from a microphone or the person on the other end is soft-spoken. That also means that to keep audio levels on my voice even, I had to boost the gain in Audacity. That increases (and maybe exaggerates) the noise a bit, but that's what the room would have sounded like had I cranked up the gain my microphone to get equal sound levels anyway, so it's a pretty fair comparison in our eyes.

Overall this is a pretty impressive little tool from NVIDIA, especially for the low, low price of free. If you've got a compatible graphics card and need to make the rounds on the online meeting circuit, this one is a no-brainer. Check out NVIDIA's setup guide for instructions on a lot of popular platforms.