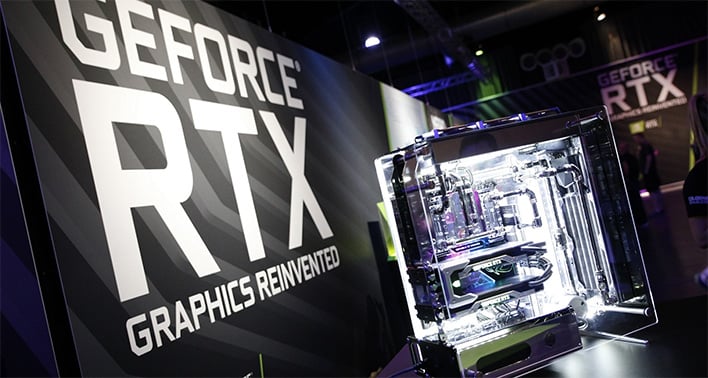 A brand new round of GeForce graphics cards looms just around the corner, and the countdown has begun. Well, TWO countdowns, actually. One is the Ultimate Countdown we wrote about yesterday, which we have a little more information to share. And the other is the countdown to September 1, 2020, the day NVIDIA will host a "GeForce Special Event."
These two countdowns are intertwined (and are one in the same, really). The first one popped up yesterday in a vague Twitter post, from NVIDIA's verified GeForce account. It showed a short clip of a supernova, with the words, "21 Days. 21 Years." Turns out this is a 21-day celebration of the past 21 years in graphics, dating back to the introduction of what NVIDIA has dubbed the world's first GPU, the GeForce 256. That came out on August 31, 1999.
"1999 was a wild time, and gaming’s only got better since— we’ll be posting our favorite memories spanning the last 21 years on social media. Each day will be a brand new year in succession, until we reach 2019 on August 31st. We welcome you to join us!," Nvidia announced today.
NVIDIA has even served up some custom templates (ZIP) to Photoshop your own memories, in hopes of people sharing them on Twitter with the hashtag #UltimateCountdown.
At the tail end of the announcement, NVIDIA revealed another interesting tidbit.
"On September 1st, we usher in a new era with a special event broadcast featuring NVIDIA CEO, Jensen Huang," NVIDIA said.
And therein lies the more interesting countdown, to the day when NVIDIA will inevitably announce its next generation GeForce lineup based on Ampere. Of course, NVIDIA has not come right out and said its Ampere-based consumer graphics will be unveiled on September 1, but we all know that is what's coming. What else could it be?
The question is, what exactly will NVIDIA unveil. Leaks and rumors have been all over the place. Most of them have pointed to various GeForce 3000 series cards, like the GeForce RTX 3090 and GeForce RTX 3080. But there is no guarantee that NVIDIA will brand its next-gen cards as such. It seems likely the "GeForce" part will make a return, given that his is a GeForce event, but there has been chatter that the 3000 series labeling might not.
Regardless, this is a potentially big deal. Whatever NVIDIA unveils will set the stage for a showdown with AMD and its RDNA 2 architecture, and namely Big Navi. Intel is also planning to enter the discrete GPU market this year, though its initial products are likely to be lower power parts, while NVIDIA and AMD duke it out in the high-end and mid-range performance markets. Let the fun begin.
You can tune into the broadcast on September 1 at 9:00 am PT (12:00 pm ET).