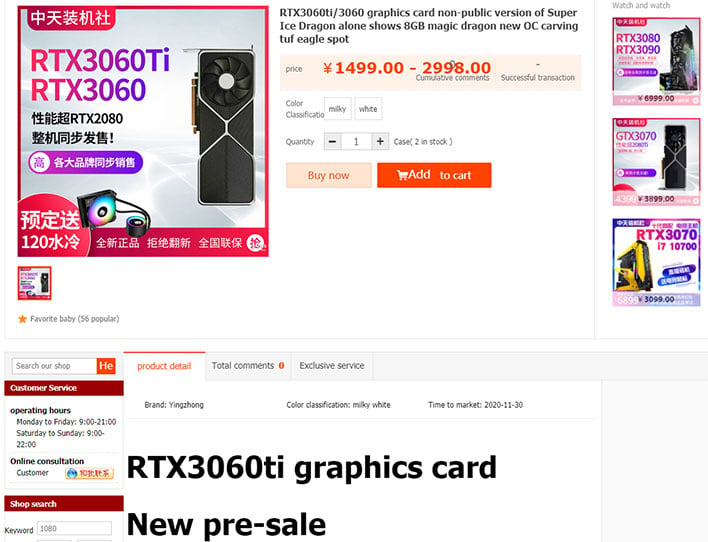 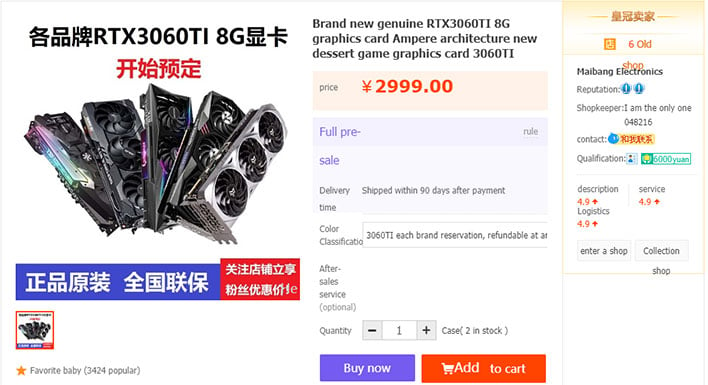 In a separate listing, the seller is taking pre-orders for a GeForce RTX 3060 Ti with 8GB of memory for 2,999 yuan, which they note is only a deposit and "not the actual price." Depending on whether the actual price ends up being higher or lower, the buyer would either have to pay the difference, or would be refunded the difference.
Or better yet, avoid the listings with a 10-foot pole. Taking pre-orders on unannounced products is inherently sketchy, never mind the guesstimate on pricing with the promise of a partial refund, if necessary. It is better to wait for an actual launch.
Alternatively, you can try your luck getting your mitts on the GeForce RTX 3070, which if you read our review, you know is an enticing graphics card. It pretty much trade blows with the GeForce RTX 2080 Ti, save for ray-traced gaming, where it generally comes in a tad slower (it has less RT cores). Overall, it is a very fast performing card for the money.