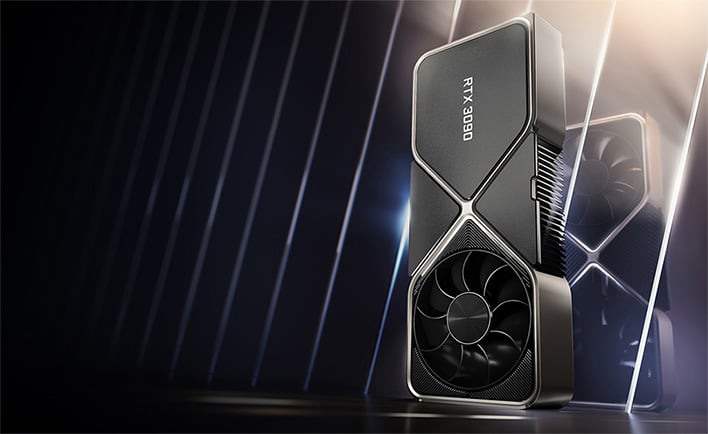 It is fair to say that as far as launch events go, NVIDIA's high-anticipated GeForce RTX 30 series reveal was a hit. NVIDIA announced a trio of Ampere cards for the consumer sector—GeForce RTX 3090, GeForce RTX 3080, and GeForce RTX 3070—with specs and somewhat pleasantly surprising prices. It also left the door open for some questions, several of which it addressed in a follow-up question and answer session on Reddit.
Several members of NVIDIA's community team coordinated with Reddit to make this happen. Questions were posed to the forum on September 1, and then answers were posted the next day, after NVIDIA had a chance to review them and extract information from the appropriate individuals. So, what were some of the highlights?

One of them has to do with RTX I/O, an accelerated storage technology to speed up the decompressing and loading of game assets. Combined with Microsoft's new DirectStorage API for Windows, the promise is the same as it is for next-gen game consoles—the virtual elimination of game loads and in-game transitions. The question posed was whether there would be a certain SSD speed requirement for RTX I/O.
According to Tony Tamasi, senior vice president of content and technology at NVIDIA, there will not be a speed requirement. However, he notes that faster SSDs like the latest crop of PCIe 4.0 models will offer the best results, in terms of faster load times and the ability for games to stream more data into the world dynamically. 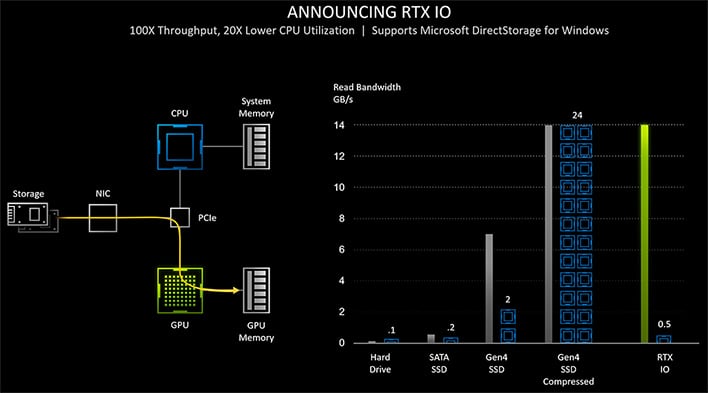 "RTX IO will accelerate SSD performance regardless of how fast it is, by reducing the CPU load required for I/O, and by enabling GPU-based decompression, allowing game assets to be stored in a compressed format and offloading potentially dozens of CPU cores from doing that work. Compression ratios are typically 2:1, so that would effectively amplify the read performance of any SSD by 2x," Tomasi explained.
He also said that even though there is no SSD speed requirement currently, some games may opt to have minimum requirements for SSD performance down the line, but it would be up to developers (not NVIDIA). So from our vantage point, your best bet when purchasing an SSD is to buy the fastest model you can afford, while of course balancing storage and price. 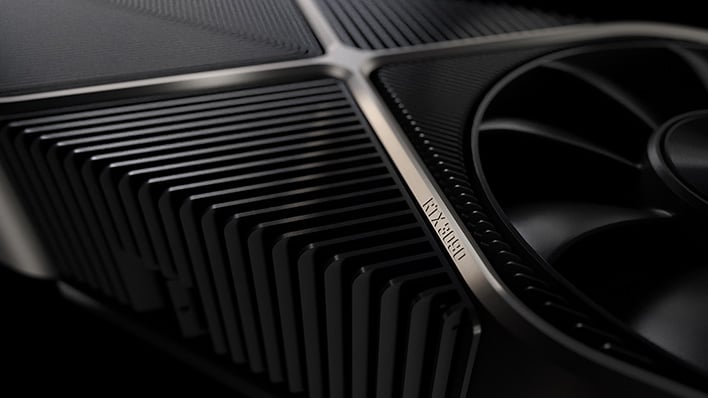 Another interesting question that came up is whether the monstrous GeForce RTX 3090 will really need a PCI Express 4.0 platform to avoid performance bottlenecks. This is an important consideration, because as of right now, there are only two consumer PCI Express 4.0 platforms available—X570 and B550, both of which are AMD chipsets. AMD's budget-focused A520 sticks with PCI Express 3.0, and Intel has not made the transition to PCI Express 4.0 on its desktop platforms yet.
So, does it really matter in the grand scheme of things? Technically, it could, but Tomasi essentially said that there will not be a major performance gain with PCI Express 4.0 versus PCI Express 3.0.
"System performance is impacted by many factors and the impact varies between applications. The impact is typically less than a few percent going from a x16 PCIE 4.0 to x16 PCIE 3.0. CPU selection often has a larger impact on performance. We look forward to new platforms that can fully take advantage of Gen4 capabilities for potential performance increases," Tomasi said.
That's good news if you were wanting to build and Intel system but were worried that you would be missing out. However, also note that PCI Express 4.0 plays a role in SSD performance. Going back to the previous questions about RTX I/O, the fastest performing SSDs are PCIe 4.0 models, with the newest drives pushing 7,000MB/s sequential reads. So that's something to keep in mind.

NVIDIA made some interesting performance claims during its GeForce RTX 30 series reveal. One of the more intriguing claims is that the GeForce RTX 3070, priced at $499, is faster than a GeForce RTX 2080 Ti, which debuted at $999.
In regards to the slide comparing the two, the question was raised if the performance claim was solely based on a combination of DLSS and ray-traced workloads, or traditional rasterization. Justin Walker, director of GeForce management, said it's both.
"We're talking about both. Games that only support traditional rasterization and games that support RTX (RT+DLSS). You can see this in our launch article here - https://www.nvidia.com/en-us/geforce/news/introducing-rtx-30-series-graphics-cards/," Walker said.

It's still not clear what the actual performance difference will be like in rasterized gaming, only that Ampere's "performance is up to 2X faster" compared to Turing in ray-traced workloads. And as for the GeForce RTX 3070, it's certainly a respectable card for the money, with 5,888 CUDA cores and 8GB of GDDR6 memory.

It is a fairly extensive Q&A that NVIDIA participated in. Of course, some of the answers are quite as fleshed out as we would like, but give the company credit, it took time to address a bunch of topics. Some others worth checking out include...
You can hit the link in the Via field below to view the entire Q&A. And of course stay tuned, as we will be covering ongoing developments and, when possible, posting reviews.