Every Thursday, NVIDIA adds a bunch of new video games to the Game Ready on GeForce NOW service. The games coming to the service today include 26 titles that should give just about every gamer something to enjoy. Out of the 26 new games, there are three new game releases, including Maneater, Saints Row: The Third Remastered, and Strategic Mind: Blitzkrieg.

As with all Game Ready on GeForce NOW titles, the new games have all been optimized for cloud gaming and include Game Ready Driver performance improvements. NVIDIA manages all the game updates and patches, and games that support RTX feature ray-traced graphics. Eight Ubisoft games were added this week from the Epic Games Store and they are all on sale 50 to 75% off until June 11. The complete list of games added today include:

One of the more interesting new games is Maneater from Tripwire Interactive that is available on the Epic Games Store for $39.99. This game allows players to play as a shark. It's an open-world action RPG were players eat, explore, and evolve. As the title suggests, sometimes players dine on humans. 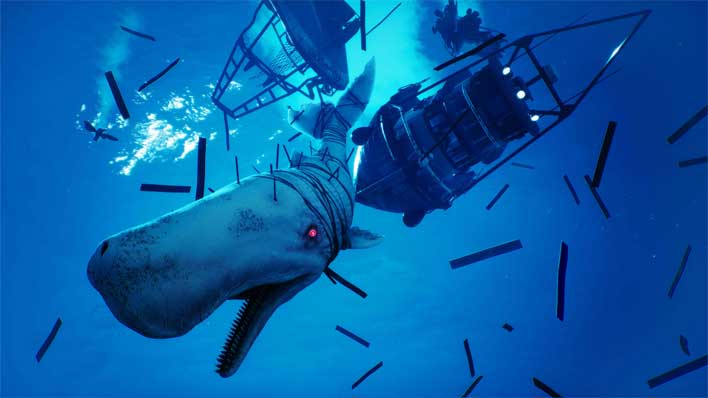 Saints Row: The Third Remastered is also on the Epic Games Store for $39.99. The entire game has been remastered, putting players in control of the Third Street Saints at the height of power. Strategic Mind: Blitzkrieg is available on Steam for $39.99. It's a turn-based strategy game set in World War II that brings a modern look and new features to the wargame genre. Players lead the German army as they try to claim victory in Europe. These new games are added to the 18 new titles that NVIDIA added last Thursday.