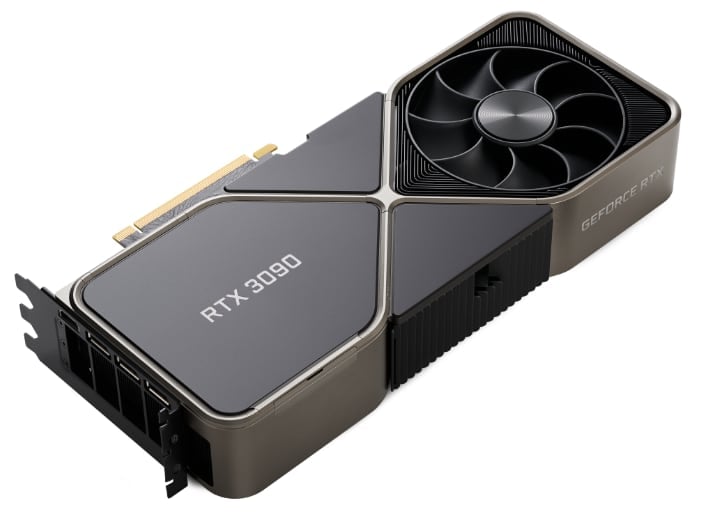 We already knew that the GeForce RTX 3090 would be arriving tomorrow, September 24th, but NVIDIA is further driving that point home with a new blog post. If you thought that it was nearly impossible to get a GeForce RTX 3080 last week when it launched, your fortunes will likely be much worse if you're attempting to purchase the GeForce RTX 3090, which is priced at an eye watering $1,499.

"Since we built GeForce RTX 3090 for a unique group of users, like the TITAN RTX before it, we want to apologize upfront that this will be in limited supply on launch day," said NVIDIA. "We know this is frustrating, and we’re working with our partners to increase the supply in the weeks to come.

That last figure is a bit eyebrow-raising to us considering that the GeForce RTX 3080 is priced at just $699, which means that the GeForce RTX 3090 is over twice as expensive. So, you’re paying twice the price for at most a 15 percent gain in gaming performance? Perhaps NVIDIA is downplaying performance a bit, but we’ll likely see tomorrow when embargos start lifting on reviews for this new 8K gaming beast.