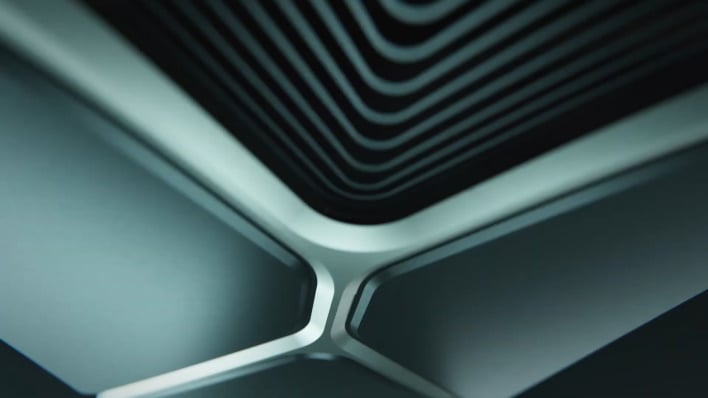 With all the leaks and information floating around, we would have expected NVIDIA to remain hush-hush on their new product lineup until their special event, which is just a few days away. This is not the case, however, as NVIDIA has dropped a video detailing some information about its new GeForce RTX Ampere series cards. In this video, a new cooling configuration is outlined, information on a notched PCB is dropped, a compact 12-Pin power connector is confirmed, a new mounting bracket with spring tension mechanism is shown, and a snippet of the new card makes an appearance.


First on the docket, let us dive into the new cooling configuration. In the video (2:25), you can see a fluid dynamics simulation of the air with an unnamed GPU front and center. This GPU rendering looks undeniably like some of the leaked images we have seen previously, so we can only assume it is an Ampere card. In any case, some exciting things are going on here. On the left-hand side of the render, there is a fan drawing in air and exhausting it out the rear, typical of an NVIDIA GPU. On the right-hand side, however, we see air being drawn through the card with a fan on the opposite side. This is where some magic is happening. Previously, we reported on very early leaked images of the GeForce RTX 30 series cards. From our source on that, there was an image of the heat sink for which we now have more context. Looking at the image, we can see heat pipes running through the heat sink on the right side in almost a push/pull configuration on opposing sides of the card. To enable this cooling capability, NVIDIA also had to redesign its PCB to make any of this work.
Later in the video (6:20), we see a brief image showing off a notched PCB design. This restructuring allows for fresh air to run directly over heatsinks and out of the GPU with one fan, which we saw on the right side of the renders. Presumably, the large heat pipes with the fan for the right heat sink section offloads the thermal load from the GPU die area improving temperatures overall. This new PCB and cooling design is really innovative, but also comes with changes and a redesigning of this new GeForce RTX card's power connector. 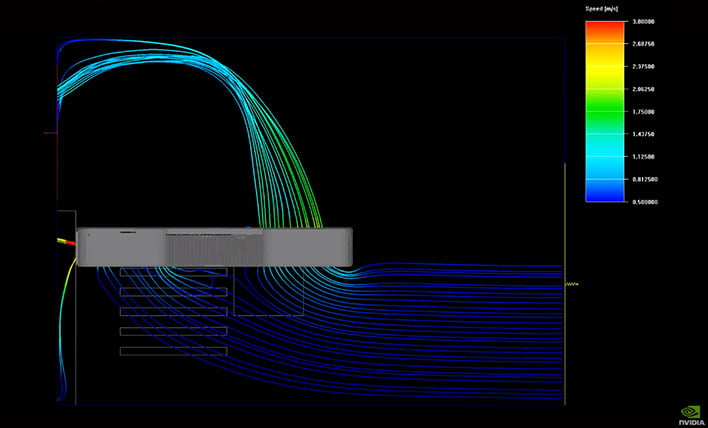 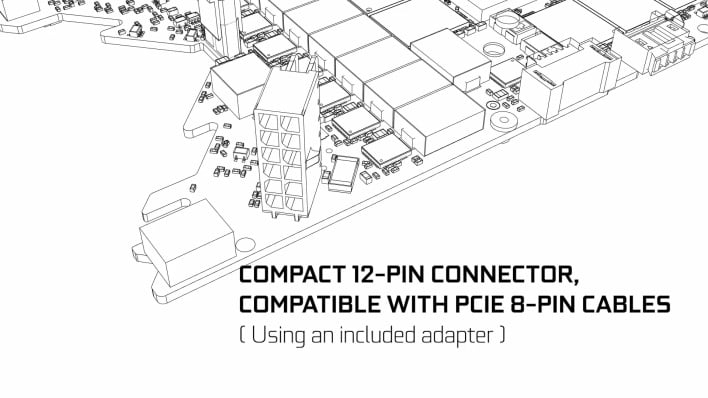 In that image above, the focal point is really the new 12 pin vertical power connector. This connector has been rumored for a bit, and now, things are finally coming to fruition for it. As NVIDIA states, this new power connector “allows more space for components and cooling.” This new connector, however, will not require anything new, thankfully. NVIDIA officially states that the connector “is compatible with 8-pin connectors in existing power supplies with an included adapter.” Going forward, this new connector is likely to be the standard, so expect to see PSU changes in the future. 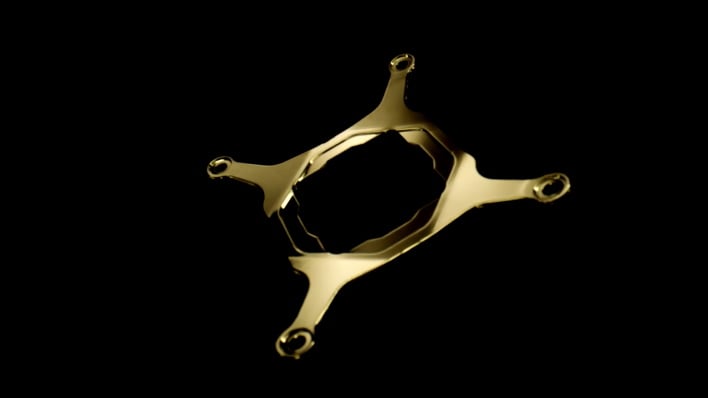 Now, let us delve into the new mounting bracket that was mentioned (3:40). In previous generations of NVIDIA cards, the cooling solution was attached to the card with springs, which took up a fair amount of space. Due to this, a backplate was not able to be put onto the card. Now, the engineers at NVIDIA have designed a leaf-spring mounting solution that is low-profile enough so that a backplate can go on. This design is seemingly the best that they could get through rigorous testing to make sure the die would not crack.

Finally, to wrap all the leaks up into a neat package, NVIDIA has “leaked” their design at the end of this video. It is only a brief clip, but one can see the render (at the top) which looks similar to the leaked images we have seen before. It does not have all the fins that we have seen prior, but perhaps this is just a fancy design choice or the layout for a lower-end card that does not need as much cooling?
Overall, this total redesign of the NVIDIA GPU is impressive to us at HotHardware. The folks at NVIDIA have put some serious thought and consideration into what they are doing going forward. The possible increase in thermal overhead, PCB consolidation, and new design choices are exciting. As such, we cannot wait to see what information comes out while waiting for the special event coming up on September 1st.