Back in September, NVIDIA and SoftBank confirmed the chip giant's intentions to acquire Arm for $40 billion. In the intervening months since the announcement, tech giants and governments alike have shown a range of reactions from hesitance to outright opposition to the transaction. Arm has a history of licensing its ISA to just about anyone, leading to a huge variety of SoC makers crafting chips for all kinds of usage from smartphones to autonomous vehicles. That's why NVIDIA still faces so many questions from policy makers and regulatory agencies around the globe.

A fresh report from Nikkei says that NVIDIA's plans to acquire Arm face big questions from governments worldwide, and that still, four months after the announcement, there are still obstacles to overcome. NVIDIA competes directly with many companies who are current Arm customers, including Qualcomm, Samsung, Intel, AMD, and Apple. Globally, the report says many regulators are still concerned that these companies would face unfavorable changes in licensing or other issues that NVIDIA itself would not face because it would own the Arm ISA. These same questions have been circling for months, and so far, no government agency worldwide has been totally satisifed.

In late December, the U.S. Federal Trade Commission sent a "second request" to NVIDIA. This is a formal process by which the FTC expects NVIDIA to share additional details and documents related to anti-trust concerns, including how it intends to keep Arm accessible in a way that does not hurt the company's rivals. This is a good sign that the U.S. is taking this acquisition seriously, according to Japanese lawyer Takafumi Uematsu. "The first hurdle [for the SoftBank-Nvidia deal] to clear is the FTC's investigation. The results of the U.S. investigation is likely to affect regulatory actions taken in the EU, China and other markets," said Uematsu. 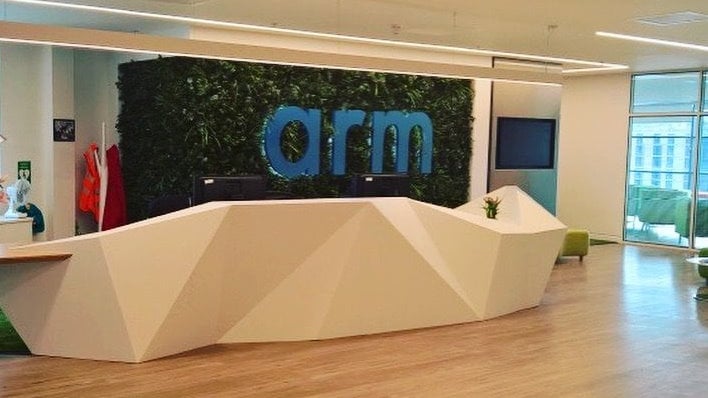 The Nikkei report also says China holds a key decision on whether NVIDIA can acquire Arm, because Arm Holdings owns 49% of Arm China. The remaining 51% belongs to an equity firm linked to the Chinese government. As a result, Chinese State Administration for Market Regulation will get to decide whether that can be transferred to NVIDIA. Last year, SAMR did finally approve NVIDIA's purchase Mellanox Technologies after more than a year of investigation. Similar delays would not be a surprise here.

Even weeks after the announcement, SoftBank CEO Masayoshi Son said he was not concerned about the sale. At the time, Arm co-founder Herman Hauser was less optimistic. More recently, Hauser has set up a campaign to oppose the NVIDIA acquisition. That site includes an open letter directed to British Prime Minister Boris Johnson in which he says that Arm is the only British company at the forefront of mobile phone technology, and that the U.K. should block the deal.

For its part, NVIDIA has pushed forward with its goal of acquiring Arm. In a statement, NVIDIA said, "With its proposed acquisition of Arm, NVIDIA will be able to turn new AI possibilities into realities much faster." The company also promised to continue to push Arm's open licensing model and maintain customer neutrality. The deal is still on pretty uncertain ground, considering so much is at stake. We'll continue to monitor progress and report events as they happen.