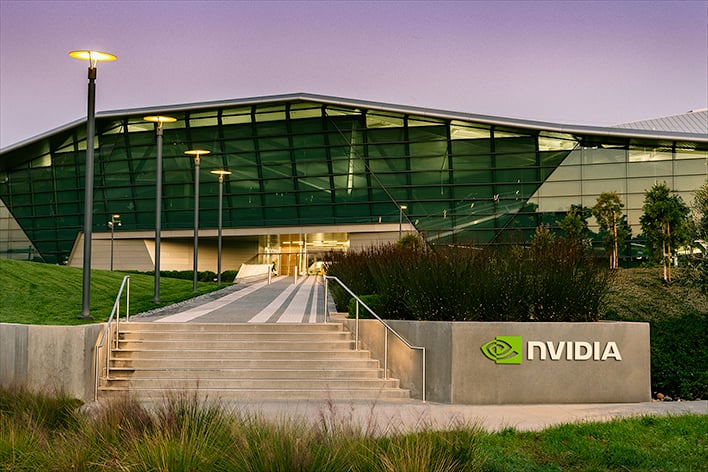 If all goes to plan for NVIDIA, it will acquire Arm from SoftBank Group Corp (SBG) in a massive deal valued at $40 billion. A definitive agreement between the two parties has already been reached, and all that stands in the way is regulatory approval. And also the words of Arm co-founder Hermann Hauser, who is imploring the UK government to intervene.
Hauser has been an outspoken critic of NVIDIA buying Arm since before a definitive agreement was reached, when it was just a rumor. His objections are numerous. The obvious one is that NVIDIA would control a company that licenses technology out to its competitors. But in speaking with BBC in August, he also relayed concerns about Arm's future decisions being made in the United States instead of the UK.
Two months have done nothing to quell his concerns, and instead he doubled down on them in a letter written to the House of Commons foreign affairs committee. He also likened NVIDIA's potential position (should the deal be consummated) to that of companies like Facebook and Google.
"There is not a single important semiconductor company in the world which does not have an Arm license. NVIDIA has an opportunity to become the quasi monopoly supplier of microprocessors to the world. This [deal] will give Nvidia a dominant position in all processor segments and create another US technology monopoly which has created so much angst in Britain when the country worries about the surreptitiously controlling influence Google, Facebook, Netflix and Amazon has on the UK economy," Hauser wrote, according to The Guardian.
Nearly half of Arm's 6,500 staff are located in the UK. Arm licenses out its technology to more than 500 companies, including NVIDIA and its rivals. The way Hauser sees it, Arm is the "Switzerland of the semiconductor industry," and that standing would be compromised if NVIDIA is allowed to acquire the company.
It should be noted that when NVIDIA announced the agreement, it said Arm will stay headquartered in Cambridge, with plans to "expand on this great site and build a world-class AI research facility."
"Arm Cambridge will be a world-class technology center," NVIDIA said.
NVIDIA also said it would continue to operate Arm's open-licensing model, and committed to "maintaining the global customer neutrality that has been foundational to its success, with 180 billion chips shipped to date by its licensees."
Hauser is apparently not convinced. However, he did previously offer up an alternative to blocking the deal outright, saying the UK government could impose certain conditions on the sale, like having to keep Arm's employees in Cambridge, Belfast, Manchester, and Warwick, and also make NVIDIA agree to give itself preferential treatment on new chip designs.