There's a crazy rumor floating around the Twittersphere concerning NVIDIA's dedicated cryptocurrency mining GPU family. As you recall, NVIDIA announced the four-SKU CMP HX family of mining GPUs back in February, reportedly based on a mix of Turing and Ampere GPUs. The highest performing family member is the CMP 90HX, allegedly based on the GeForce RTX 3080 while delivering an Ethereum hash rate of 86 MH/s.

According to hardware leaker kopite7kimi, NVIDIA is looking to release a CMP HX card based on the bonkers Ampere A100 GPU. The A100 sits at the top of NVIDIA's Ampere GPU stack and is primarily designed for deep learning operations. The A100 is a bandwidth monster thanks to its inclusion of HBM2 memory with 1.55 TB/s of memory bandwidth, compared to 936 GB/s for GeForce RTX 3090 with GDDR6X memory.

Given that Ethereum mining thrives on memory bandwidth, it should come as no surprise that A100 could be a highly sought-after member of the CMP HX family -- if these rumors turn out to be true. The GeForce RTX 3090 has a hash rate of around 120 MH/s, so could we see a potential Ampere A100-based CMP HX card delivering close to 200 MH/s?

While this rumor is scintillating, one big thing that gets in the way of believability is pricing. NVIDIA uses defective Turing and Ampere GPUs for the existing crop of CMP HX cards, and it's highly plausible that the company repurpose rejected A100 GPUs for mining. However, let's consider that GeForce RTX 3090 is a $1,499 graphics card. The A100, on the other hand, costs a whopping $10,390 over at Provantage. 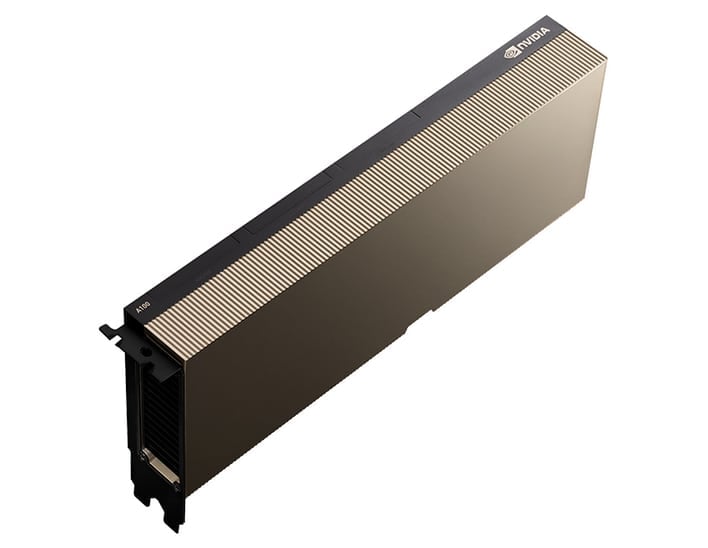 The GeForce RTX 3090 sells for 2x its MSRP or more on eBay due to the incredible demand and short supplies. Even if NVIDIA could produce an A100-based CMP HX card at a discounted price [due to its reject status], it would still likely be three or four times more expensive than a GeForce RTX 3090. And it's unlikely that we'd see a similar multiple with performance. Throw in limited supplies and third-party markups, and that would put this mythical CMP HX SKU further into the "unobtanium" sphere.

The A100 would make an intriguing addition to the CMP HX family, but there are still way too many obstacles in the way which would prevent such a product from entering the marketplace at this time.