We're starting to get more clarity on the upcoming Nintendo Switch Pro, which may just be right around the corner. According to a new report, Nintendo could reveal its latest handheld gaming console before June 12th, the first day of E3 2021. This would allow game developers to show off their games optimized for the Switch Pro during E3.

According to the Bloomberg report, production of the Switch Pro will kick off in July, with availability during the September to October timeframe. Even though the Switch debuted over four years ago, global demand remains high for the console. In fact, the Switch and Switch Lite have enjoyed record sales due to the COVID-19 pandemic.

Even with the incredible demand, Nintendo's suppliers are confident that they will supply the market with enough Switch Pro consoles. That seems unlikely given the chip shortage that we currently face and equally voracious demand for consoles like the Xbox Series X and PlayStation 5. However, Nintendo isn't competing for the same high-end, high-performance CPUs, memory, and SSDs found in current-generation consoles from Microsoft and Sony, so perhaps there is some truth to those optimistic comments from suppliers. 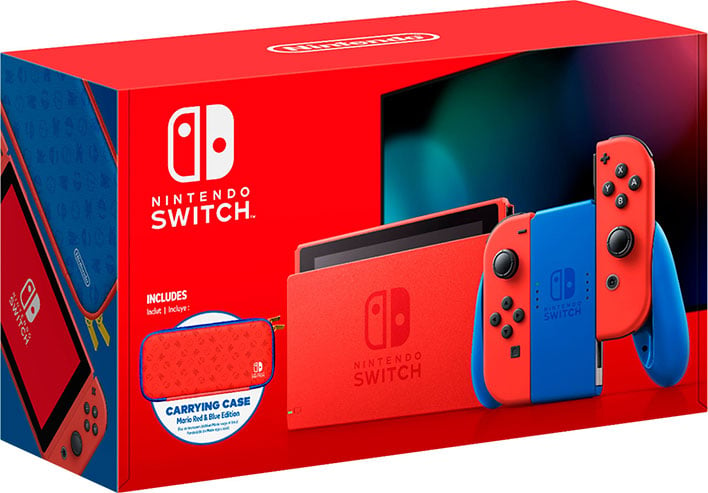 According to previous reports, the Switch Pro will be powered by a new Arm-based NVIDIA SoC with support for Deep Learning Super Sampling (DLSS). This would allegedly allow the Switch Pro to render 1080p scenes at near 4K quality levels when in docked mode. New code will be required to enable DLSS support, so we only expect to see new games take advantage of this exciting capability.

As for the display, Nintendo will reportedly move from a 6.2-inch LCD panel to a 7-inch OLED (with slimmer bezels) while maintaining roughly the same form factor. Not much else is known about the console at this time, but we can imagine some additional tweaks like perhaps a larger battery, better internal speakers, and improvements to the drift-prone Joy-con controllers.

When it comes to pricing, rumors suggest that it could sell for $349 or higher when it launches. As for the current $299 Switch, it will allegedly be phased out with the introduction of the Switch Pro, while the Switch Lite will continue as the value entry at $199.