There’s no doubt that the Nintendo Switch has been a breakout hit for the Japanese gaming giant, more than making up for the epic flop that was the Wii U. The portable/hybrid console has delivered some great games like Zelda: Breath of the Wild, Animal Crossing: New Horizons, Super Mario Odyssey and more; this despite the relatively meager hardware under the hood.

The current Nintendo Switch and Switch Lite are powered by a refreshed version of the NVIDIA Tegra X1 SoC – hardware that first debuted back in 2015. However, the next-generation Switch might leave NVIDIA behind in favor of a hybrid SoC courtesy of Samsung and AMD. It would also give AMD a clean sweep in getting its hardware into all of the major game consoles. If you recall, Samsung and AMD announced a multi-year agreement back in June 2019 to infuse next-generation Exynos SoCs with RDNA-based Radeon graphics. 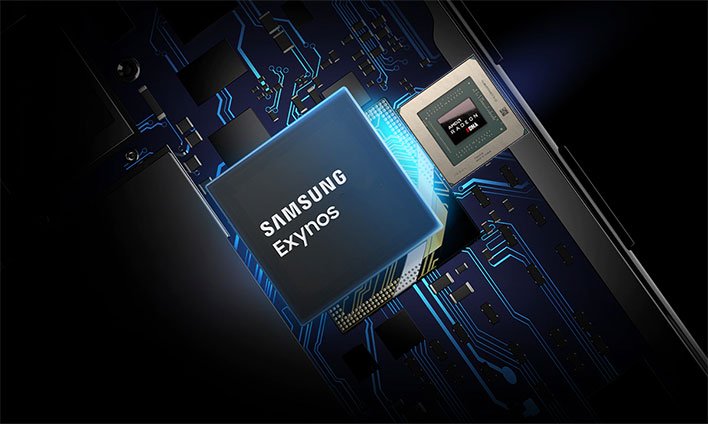 Nintendo is tipped to be among the first third-party partners to adopt this new hybrid SoC, which should give it a significant boost not only processing performance compared to the Switch current console family, but also a vastly superior graphics subsystem. In recently leaked benchmarks for the Exynos/RDNA SoC, the graphics benchmarks alone absolutely pummeled the relatively stout Adreno 650 GPU found in the Qualcomm Snapdragon 865 SoC.

Could this mean that we’ll see PlayStation 4/Xbox One-caliber graphics in a future Switch handheld form-factor? That remains to be seen, but we’re expecting a big generational leap in performance whenever Nintendo is ready to deliver its next-generation console.

The Nintendo Switch first deputed on March 3rd, 2017, so at just over three years old, it still has a lot of life left before its successor actually makes it into the hands of gamers.