Netflix has seen its first-ever subscriber losses in recent quarters, and that has led the streaming powerhouse to spin up a number of new initiatives. Some, like creating an ad-supported tier, won't do anything to make current subscribers happier, but maybe some free games would help? Netflix is expanding its lineup of mobile games with a new Ubisoft partnership. Under the arrangement, Ubisoft will make three games for Netflix, including an Assassin's Creed title.

Ubisoft has already partnered with Netflix to make an Assassin's Creed series, but the announcement did not specify if the new game will be based on that content. Before we see the Assassin's Creed game, there are two more titles arriving as part of the deal. The first will be Valiant Hearts 2 in January 2023. This is, obviously, a sequel to the original Valiant Hearts. Like the first installment, it's a cinematic puzzle game set in World War 1. The second product of the deal will be the "roguelite" hack-and-slash Mighty Quest for Epic Loot, which will arrive later in 2023.

The fact that we have 2023 dates for those games and nothing specific for Assassin's Creed suggests it might not launch until 2024. So, it would seem Netflix is planning to keep the bundled game initiative going at least that long. Previous reports have claimed that less than 1 percent of Netflix's subscribers are taking advantage of the free mobile games. The lineup currently includes a few Stranger Things titles, a racing game from the Asphalt franchise, the Exploding Kittens card game, and more. 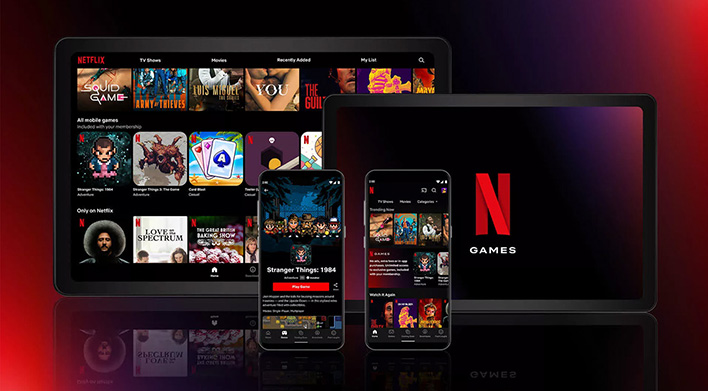 Netflix subscribers don't need to pay anything extra to get these games—you simply download them from the App Store or Google Play Store on your mobile device and verify your Netflix account. There will be no in-app purchases either, which is refreshing. That alone could make the Assassin's Creed game a bit more interesting. Ubisoft is more addicted than most publishers to microtransactions in its games. A premium AC experience without any of that could be appealing, even if it's on a smartphone.

In addition to expanding its game offerings, Netflix is planning the aforementioned ad-supported tier. This plan will be cheaper than the base plan, but it probably won't include all of Netflix's content. Access to the game library is unknown, but it would not be surprising to see these limited to the more expensive subscriptions.