NASA's Webb Telescope took its first images from deep space, which were cosmic selfies showcasing its primary mirror segments. They were taken using the NIRCam instrument aboard the space observatory.

The James Webb Space Telescope (JWST) entered its final orbital destination around the second Lagrange point last month. However, it is still in the intricate process of mirror alignment, and then will need to cool down before it will be capable of capturing the deep space images that many are waiting on. In the meantime, the team at NASA has been targeting a Sun-like star (HD 84406) to begin gathering important engineering data. It also took the time to take a selfie of the space telescope and its primary mirror segments.

Utilizing JWST's NIRCam instrument, the team was able to collect vital engineering and alignment data via a selfie. The image was captured using a specialized pupil imaging lens inside the NIRCam that was designed specifically for taking images of the primary mirror segments. In the case of the image below, the bright segment was pointed at a bright star, while the other segments are not currently in alignment and remain dim. This gave an early indication of the primary mirror alignment to the instrument. 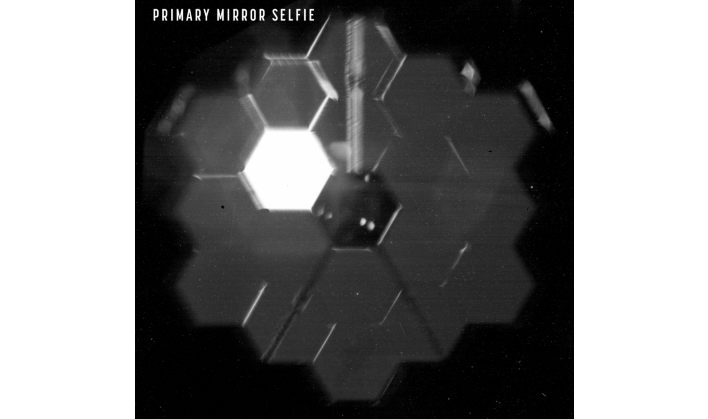 The team at NASA has been focused on two primary objectives as of late. The first was to confirm that NIRCam is ready to collect light from deep space celestial objects. The second was to identify starlight from the same star in each of the 18 primary mirror segments. The result is an image mosaic of 18 coordinated dots of starlight. The resulting image is the product of Webb's unaligned mirror segments all reflecting light from the same star back at Webb's secondary mirror and into NIRCam's detectors.

While the image may only appear to be that of blurry starlight, it is the foundation of crucial data that will be used to align and focus the telescope for future imagery. Ensuring all the mirror segments are properly aligned is critical if the telescope is going to deliver extraordinary views of the universe this coming summer.

"The entire Webb team is ecstatic at how well the first steps of taking images and aligning the telescope are proceeding. We were so happy to see that light makes its way into NIRCam," said Marcia Rieke, Principal Investigator for the NIRCam instrument and Regents Professor of Astronomy, University of Arizona. 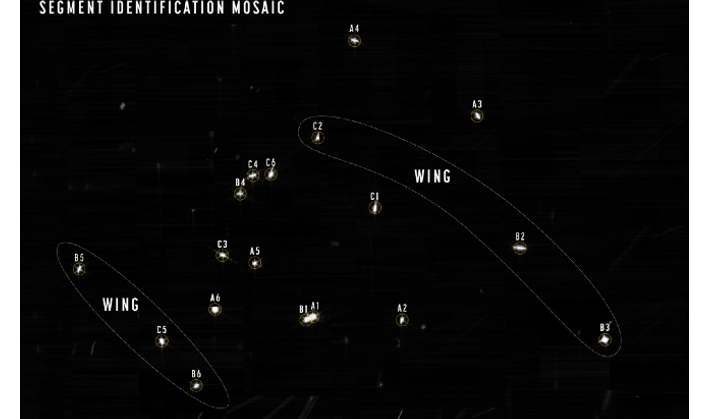 It is important to understand that NIRCam is currently operating at a much higher temperature than intended. In the future, Webb's images will be much clearer as all the instruments reach their intended cryogenic operating temperatures. While the recent images are a big step in confirming Webb is functioning as it should, there is still much to be done before this summer when the first detailed images are captured and sent back to Earth.

“Launching Webb to space was of course an exciting event, but for scientists and optical engineers, this is a pinnacle moment, when light from a star is successfully making its way through the system down onto a detector,” said Michael McElwain, Webb Observatory Project Scientist, NASA’s Goddard Space Flight Center.