As NASA's Artemis I mission completed its sixth day, its Orion spacecraft captured some amazing close-up images of the lunar surface. Orion took the images as it made its closest outbound approach to the Moon on November 21, 2022.

The long-awaited Artemis I mission finally launched on November 16, 2022, in the early morning hours. For the first time, viewers were able to partake in the launch in stunning 8K and VR. Now, the Orion spacecraft is sending back images of the desolate and barren surface of the Moon, as it makes a close approach to our nighttime sky friend that many a song has been written about. 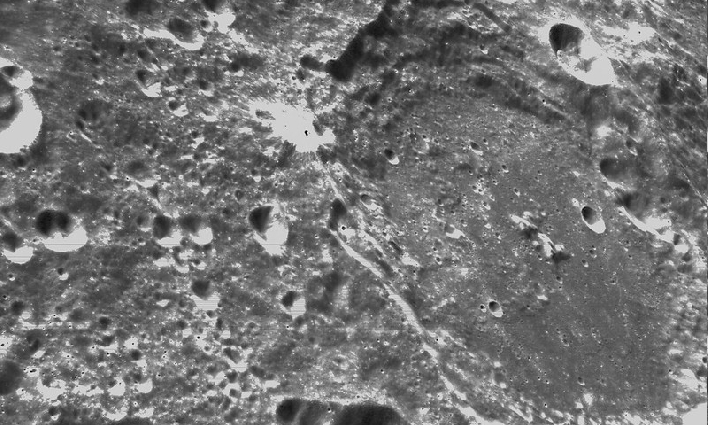 During Orion's close approach to the lunar surface, it snapped a few images with its optical navigation camera in black and white. The spacecraft uses the optical navigation camera to capture images of Earth and the Moon at different phases and distances, according to NASA. The data collected is used to certify its effectiveness under different lighting conditions as a way to help orient Orion on future missions that will include humans.

On day six of its mission, Orion successfully completed its fourth orbital trajectory correction burn, ahead of its first two maneuvers required to enter a distant retrograde orbit around the Moon. This was a pivotal moment in the mission, as it allowed the spacecraft to utilize all three thruster types on Orion with the first using the large orbital maneuvering system engine, the second using the small reaction control system thrusters, and the third taking advantage of the medium-sized auxiliary engines.


"The mission continues to proceed as we had planned, and the ground systems, our operations teams, and the Orion spacecraft continue to exceed our expectations, and we continue to learn along the way about this new, deep-space spacecraft," stated Mike Sarafin, Artemis I mission manager, during a November 21 briefing at Johnson Space Center.

The mission has not been error-free, as on day eight NASA's Mission Control Center (MCC) reported having lost communication with the spacecraft for an estimated 47 minutes, while reconfiguring the communication link between Orion and Deep Space Network. Data from the event is being investigated by engineers, in order to determine its root cause. NASA says there was no impact on Orion itself, and the that spacecraft "remains in a healthy configuration."