While Snoopy is enjoying his ride around the Moon on Artemis I, NASA has given the iconic beagle and his pals another assignment for when he returns. The Peanuts gang will be coming to life in "All Systems Go," a NASA-inspired original that will be shown at the Kennedy Space Center Visitor Complex beginning in the spring of 2023.

We typically think of the Peanuts gang in classics about Thanksgiving and Christmas around this time of year. Whether it be Charlie Brown trying to throw together the perfect Thanksgiving dinner, or trying to find the perfect Christmas tree, families have enjoyed being a part of the Peanuts gang for decades. However, Snoopy may be missing in action this year, as he hitched a ride on NASA's Artemis I mission around the Moon. But don't worry, NASA has already made plans to bring the whole gang back together in an immersive experience this coming Spring. 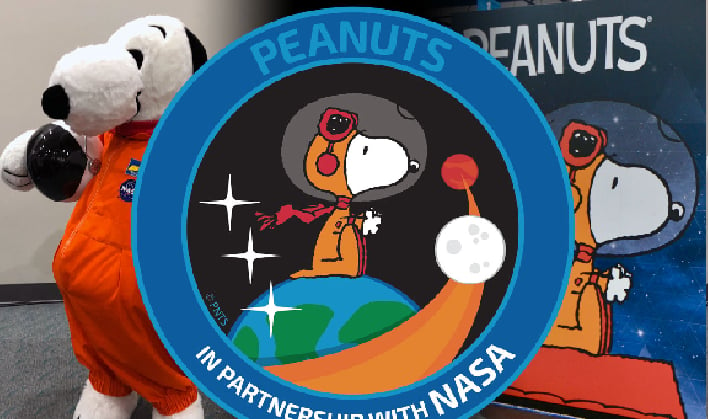 "We are over the moon at the opportunity to work with Kennedy Space Center Visitor Complex and Peanuts Worldwide on this project to conceive a world-class experience that will both entertain and educate the audience about what NASA has achieved and will pursue in the future," remarked Ella Louise Allaire and Martin Lord Ferguson, the Chief Executive Officer and Chief Content Officer of Monlove. "The creative potential for telling this larger-than-life story through the eyes of the fabled Peanuts characters is as vast and exciting as space itself."

Snoopy and the rest of the Peanuts gang are no strangers to space, as they have a long and storied history with NASA dating back more than 50 years. In fact, Snoopy has served as both a safety mascot and a symbol for STEM (science, technology, engineering, and math) outreach for NASA. Two different Apollo 10 spacecraft have taken on the names of Peanuts characters as well, "Charlie Brown" and "Snoopy". But Snoopy has had the most time in outer space, as the beloved beagle has flown in doll-form on the space shuttle, aboard the International Space Station, and currently as the zero-g indicator aboard the Artemis I Orion spacecraft.

The gang's next adventure, however, will be based here on Earth, as the 300-seat Universe Theatre is being transformed for the upcoming "All Systems Are Go" experience. The production will be heard in immersive Dolby Atmos sound, with more than 20 integrated laser projectors enhancing "the project's edutainment experience." Allaire and Ferguson have also composed an all-new orchestral score that will include a mix of eclectic, contemporary, and jazz styles. 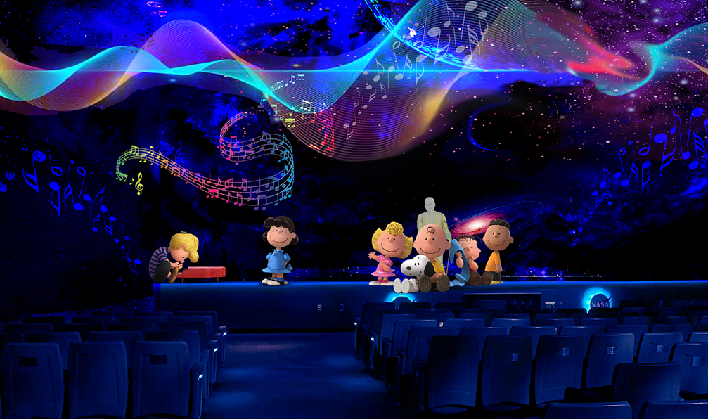 The gang will appear as four to five-foot-tall articulated characters operated by puppeteers. The 20-minute "All Systems Are Go" will showcase the Peanuts crew narrating the history of NASA, the Artemis missions, and future plans for the space agency in a kid-friendly manner.

"Peanuts has had a long association with space," noted Craig Herman, Vice President of Global Brand Experiences and Publishing at Peanuts Worldwide. "This joint effort between Monlove, Kennedy Space Center Visitor Complex and Peanuts Worldwide is a fantastic avenue for fans to learn about Peanuts and NASA's storied history as well as experience Charles Shultz's iconic characters in a new and exciting way."

The "All Systems Are Go" production will be included with a regular admission ticket and will be offered on a daily basis.