NASA's Artemis Moon Rocket Launch Is Streaming In 8K And VR Today, How To Watch

NASA's Artemis I is scheduled to launch in the early hours of Wednesday morning, and you can watch live in 8K and VR for the first time ever. After several delays, Artemis I currently has a two-hour window for launch that opens at 1:04 a.m. EST on November 16, 2022.

The countdown for the launch of Artemis I from the Kennedy Space Center in Florida began at 1:54 a.m. Monday morning. This launch attempt comes after a couple of earlier aborted attempts and a hurricane that swept through Florida late last week. With the eyes of the world watching once again, the space agency is hopeful that it will finally see the Artemis spacecraft take flight in the early morning hours on Wednesday. If you happen to be up at the time of launch, you can witness the monumental event in stunning 8K and VR. 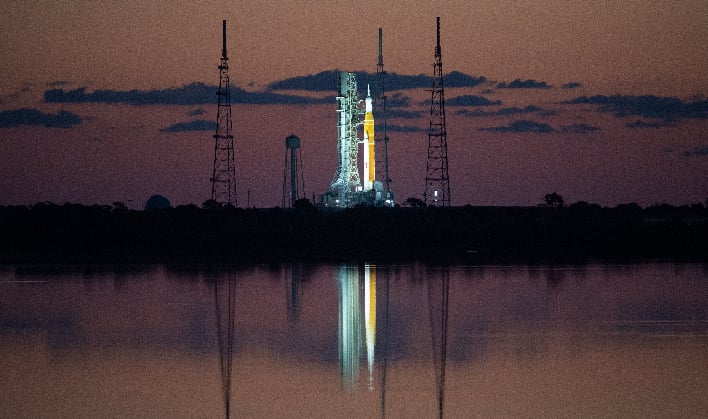 In a collaboration with MeetMo and Felix & Paul Studios, NASA will be broadcasting a live launch in 8K for the first time ever. This incredible simulcast in 8K and 4K 360-degree production can be viewed on Meta Horizon Worlds Venue, as well as the Space Explorers Facebook page.

"Humanity's deep space exploration came to an end with the final NASA Apollo mission in December 1972," remarked Michael Mansouri, MeetMo.io CEO. "Today, we are developing new content creation and distribution methods that can bring viewers experiences in ways not possible just a few short years ago." 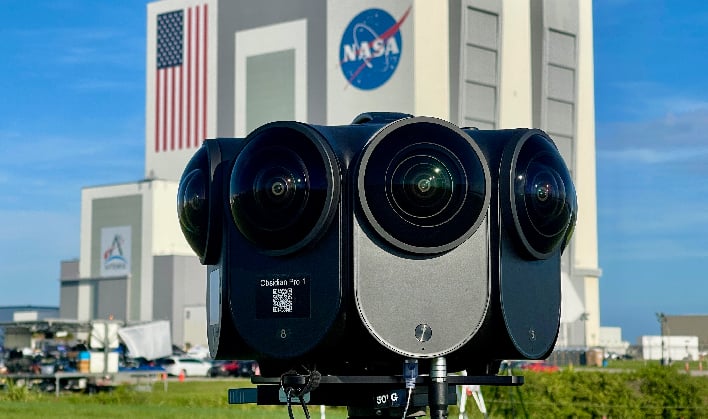 The unique and incredibly detailed coverage will be providing up-close footage from multiple cameras which are strategically placed around Kennedy Space Center. It is expected to deliver "the most realistic and immersive viewing experience" of the Artemis I launch. A press release on GlobeNewswire stated, "As the viewers are transported to the launch pad, they are able to feel the heat of the exhaust and hear the roar of the engines. They take a small step onto the launch pad as NASA begins taking a giant leap that will return mankind to the moon."

"Just as TV broadcasts of the '70s ushered in a new era for home entertainment, today's digital pioneers are paving new methods for hyper-realistic experience," stated Mansouri. "We are honored to collaborate with our partners Felix & Paul Studios and FlightLine Films to capture and share this historic event with all of humanity as a never-before-seen immersive experience.

If you would like to take part in this enticing experience, you can find all the links on the Space Explorers website. You can also watch via NASA's live coverage, which begins at 10:30 p.m. EST tonight.