NASA's Artemis 1 mission is nearing launch, and you can hitch a ride for free a trip around the Moon. Well, your name can at least.

The Artemis program looks to return human boots back to the surface of the Moon, and eventually even further into space. Future missions will include the first person of color and woman to step foot on the lunar surface. But before that happens, the first un-crewed mission will make a test run around the Moon, and NASA wants you to be a part of it.

Once the SLS loses the weight of its first stage propulsion and fuel, more power is still needed in order to send the Orion spacecraft to the Moon. As the upper part of the rocket and Orion soar nearly 100 miles above Earth, it will be traveling at more than 17,500 mph and beginning its circular orbit around Earth. Before it completes its first complete orbit of Earth in low earth orbit (LEO), a key maneuver called a trans-lunar injection (TLI) will make it possible to send Orion 280,000 miles beyond Earth and 40,000 miles beyond the Moon. The TLI maneuver will begin as the upper part of the rocket fires one RL 10 engine producing 24,750 pounds of thrust to accelerate the vehicle to more than 24,500 miles per hour, a velocity needed to escape Earth's gravity and propel Orion out of LEO. 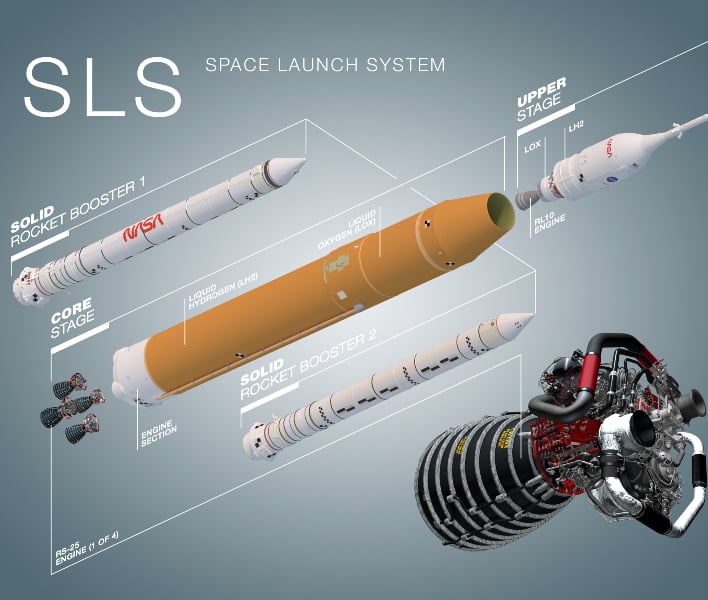 After the TLI burn, the interim cryogenic propulsion stage separates from Orion. The spacecraft will then head to the Moon for its three week mission. The stage will continue on a similar path, deploying several CubeSats that will be used to study the Moon or head out further into space. The stage will eventually make its way to the Sun, where it will be consumed. Orion will then fire the maneuver engines on its service module provided by the European Space Agency (ESA) to bring the spacecraft around the far side of the Moon.

The Artemis 1 mission will be used to test critical systems in the environment of deep space, and prepare for future manned missions. The tests will take place so far away from Earth, that global positioning systems (GPS) that many use on Earth will not work. Finally, Orion will undergo perhaps the most critical test, as it re-enters the Earth's atmosphere and be subjected to temperatures as high as 5,000 degrees Fahrenheit.

If you would like to take part in this historic mission and have your name aboard the Orion spacecraft, the process is fairly simple. You will need to visit NASA's website and sign up with your name and a 4-7 digit pin code. Once you complete that, your name will be added to a flash drive that will fly aboard Artemis 1.