One of the many questions surrounding the Russian invasion of Ukraine concerns the fate of the International Space Station (ISS). NASA and the Russian State Space Corporation "Roscosmos” have so far retained their partnership, but it could soon come to an abrupt end. A Russian official recently threatened to drop the ISS on top of one of Russia’s enemies. Elon Musk responded to threats to sabotage the ISS by stating that SpaceX would provide aid.

Dmitry Rogozin, the head of Roscosmos, posted a series of tweets criticizing the numerous sanctions that have been placed on Russia. One of the more bizarre tweets suggested that Russia could crash the International Space Station onto one of the countries that opposes Russia’s invasion of Ukraine. The tweet is naturally in Russian, but here is a translation:

"If you block cooperation with us, who will save the ISS from an uncontrolled deorbit and fall into the United States or Europe? There is also the option of dropping a 500-ton structure to India and China. Do you want to threaten them with such a prospect? The ISS does not fly over Russia, so all the risks are yours." 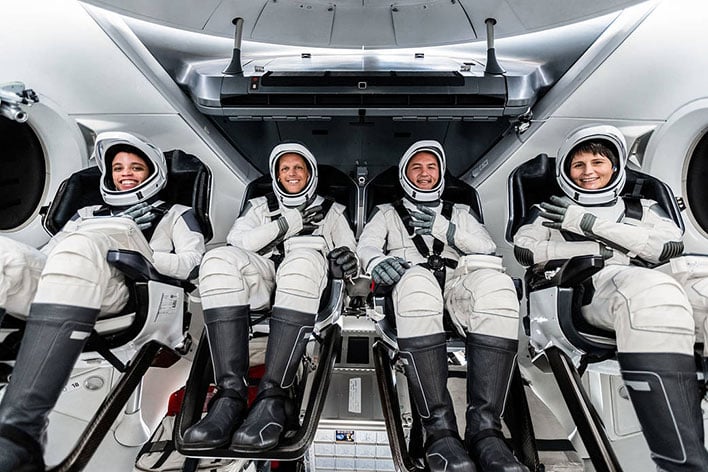 Musk responded to Rogozin’s mocking tweet with a simple image of the SpaceX logo. His tweet implied that SpaceX would come to the rescue of the ISS should Russia attempt to sabotage it. He later confirmed that this was indeed the intention of his response to Rogozin.

Musk also commented on a Twitter thread where other users outlined various ways that SpaceX could aid the ISS. One particular plan sketched out an image in which a Dragon capsule had replaced the Russian segment of the ISS. He stated, "Good thread."

This is not the first time Rogozin has threatened and ridiculed the international community and it is not the first time that Musk has responded to Rogozin’s derision. Sanctions were placed upon Russia in 2014 when Russia invaded Ukraine. Rogozin questioned how NASA planned to send astronauts into space since the United States relied upon Russian Soyuz spacecraft. He sarcastically recommended that NASA use "trampolines." SpaceX sent astronauts to the ISS for the first time in 2020. Musk famously commented in the press conference that followed the successful launch, "The trampoline is working.”

Many are concerned that Musk, if he is not already, will become a target for the Russian government. It is no mystery that Musk sent Starlink terminals to Ukraine to preserve their communications systems and is generally supportive of Ukraine. Some are concerned that his baiting of Russian officials will one day go too far.