NASA has revamped its "Eyes on the Solar System" 3D visualization tool, making it easier to traverse the solar system in more interactive manner. Since its creation two years ago, the tool has seen many updates that include better controls, improved navigation, and new opportunities to learn about the cosmos.

As we continue to await the launch of Artemis I, many may wish they could travel along as the unmanned spacecraft makes its voyage. Well, NASA has taken that into consideration, as well as many other missions that one might want to check on in real-time. Eyes on the Solar System is a 3D visualization tool that allows users to peek in on a plethora of cosmic wonders throughout our solar system. And now, NASA has made it even easier to do so. 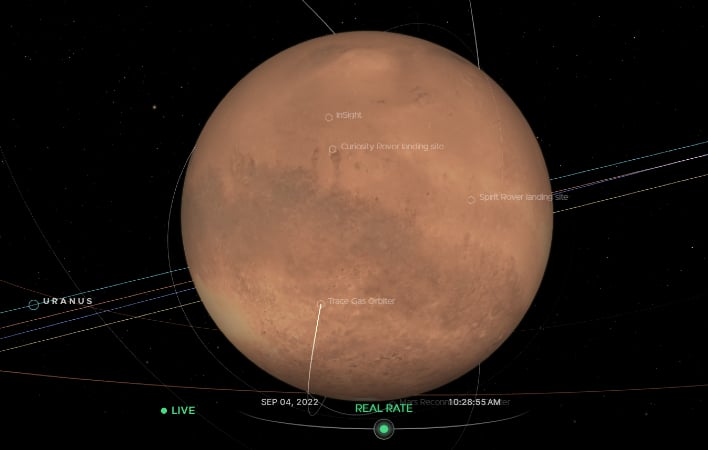 "The beauty of the new browser-based 'Eyes on the Solar System' is that it really invites exploration. You just need an internet connection, a device that has a web browser, and some curiosity," remarked Jason Craig, the producer of the Eyes software at NASA's Jet Propulsion Laboratory. 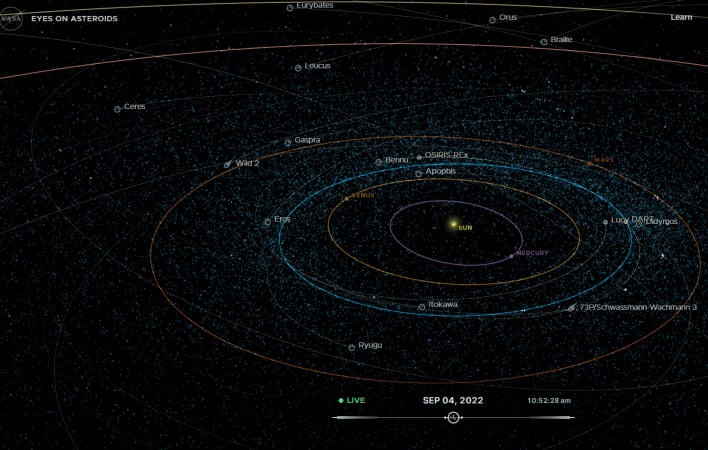 While peeking in on the Mars Perseverance rover in real-time may be your thing, others may be curious about missions that began long ago. With the Eyes software, you are able to follow the path of spacecraft and celestial bodies as far back as 1949. If the future is where you want to go, you can even see ahead as far as 2049. 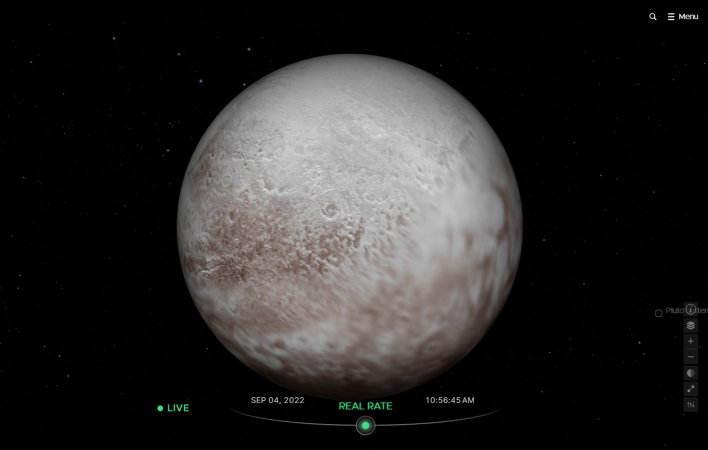 Eyes on the Solar System is also an excellent resource of information for those who wish to learn more about things such as dwarf planets, such as Pluto in the image above. You can also find out more about gas giants, or ride alongside no fewer than 126 space missions, both past and present.

Once Artemis I is finally launched on its upcoming maiden voyage, those who want to ride along will be able to see the spacecraft in real time utilizing the software as well. From the moment it lifts off, to the time it returns to Earth, Eyes on the Solar System will be right there to allow you to experience and enjoy the ride.