A team of astronomers have found evidence of an exoplanet orbiting the closest star to our own Sun. The discovery was made using the European Southern Observatory's Very Large Telescope (ESO's VLT) in Chile.

Last year NASA used a deep learning AI to discover 301 exoplanets that human eyes had previously missed. The deep neural network, called Exominer, added to the over 4,500 other planets that have been validated by NASA. Now astronomers believe they may have found yet another planet orbiting a red dwarf star called Proxima Centauri.

Proxima Centauri is about 4.2 light years away from our solar system, and is the closest star to our own Sun. The new candidate planet, known as Proxima d, orbits Proxima Centauri at a distance of about four million kilometers, which is a tenth of the distance that Mercury orbits the Sun. The planet only takes five days to complete an orbit around Proxima Centauri. It is estimated to be approximately 25% as massive as Earth, and would make the exoplanet the lightest known to date if confirmed.

"The discovery shows that our closest stellar neighbour seems to be packed with interesting new worlds, within reach of further study and future exploration," stated Joao Faria, a researcher at the Instituto de Astofisica e Ciencias do Espaco, and lead author of the study published today in Astronomy & Astrophysics. 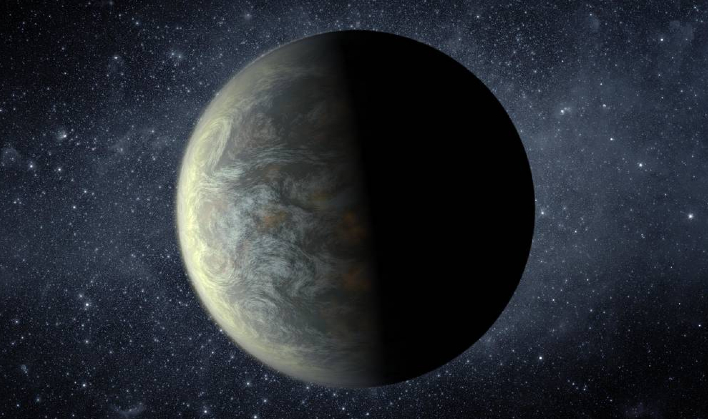 Proxima d joins two other known planets that orbit Proxima Centauri. Proxima b has a mass comparable to that of Earth and completes an orbit of the star every 11 days, which falls within the habitable zone. Proxima c takes the longer way around, and takes five years to orbit around the star.

Planet Proxima b was found just a few years ago and was confirmed in 2020 when scientists observed the Proxima system with a new instrument on ESO's VLT that had a much greater precision. It was during these more recent observations that astronomers first detected a trace signal corresponding to an object with a five-day orbit. Due to the fact that the signal was so faint, the team had to do follow-up observations with Echelle SPectrograph for Rocky Exoplanets and Stable Spectroscopic Observations (ESPRESSO) to confirm that the signals were in fact a planet, and not changes in the star itself.

"This achievement is extremely important," says Pedro Figueira, ESPRESSO instrument scientist at ESO in Chile. "It shows that the radical velocity technique has the potential to unveil a population of light planets, like our own, that are expected to be the most abundant in our galaxy and that can potentially host life as we know it."

You can read more information on Proxima d and the recent findings by the team of astronomers using ESO VLT in the study published on Astronomy and Astrophysics.