A NASA-funded team has created a new model that explains the scarcity of planets with masses between super-Earths and mini-Neptunes. The new model aims to explain two puzzling observations that continually appear among the more than 3,800 planetary systems cataloged to date.

As scientists and astronomers investigate the universe, two mysteries seem to keep popping up. The first is known as the "radius valley," which refers to the rarity of exoplanets with a radius of around 1.8 times that of Earth. The second mystery, known as "peas in a pod," is in reference to neighboring planets of similar size that have been detected in hundreds of planetary systems. However, a team at Rice's NASA-funded CLEVER Planets project believes they may have created a model that solves these two riddles.

"I believe we are the first to explain the radius valley using a model of planet formation and dynamical evolution that self-consistently accounts for multiple constraints of observations," remarked Andre Izidoro, corresponding author of a study published in Astrophysical Journal Letters this week. "We're also able to show that a planet-formation model incorporating giant impacts is consistent with the peas-in-a-pod feature of exoplanets."

CLEVER Planets is an interdisciplinary, multi-institutional group of scientists, headed by Rajdeep Dasgupta of Rice University. The project is working on unraveling the conditions of planetary habitability in the Solar System and other exoplanetary systems, according to the project's website.
Izidoro and the rest of the team used a supercomputer to simulate the first 50 million years of the development of planetary systems utilizing a planetary migration model. The model that was created showed "protoplanetary disks of gas and dust that give rise to young planets also interact with them, pulling them closer to the parent stars and locking them in resonant orbital chains." Once the chains are broken within the first few million years, the loss of the protoplanetary disk causes orbital instabilities which lead to two or more planets crashing into one another.

"The migration of young planets towards their host stars creates overcrowding and frequently results in cataclysmic collisions that strip planets of their hydrogen-rich atmospheres," explains Izidoro. "That means giant impacts, like the one that formed our moon, are probably a generic outcome of planet formation." 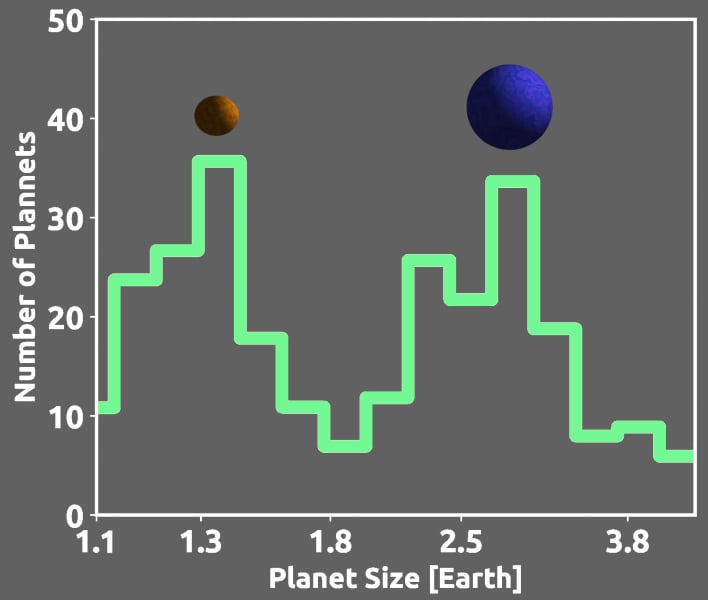 The latest research seems to suggest planets come in "two flavors," super-Earths which are dry, rocky, and approximately 50% larger than Earth, and mini-Neptunes which are rich in water ice and about 2.5 times larger than Earth. While this conflicts with the traditional view that super-Earths and mini-Neptunes are both dry and rocky, Izidoro believes new observations support the results.

Now that the team has made its findings available, the predictions can be tested by NASA's James Webb Space Telescope (JWST). If the findings hold true, the team suggests that a fraction of planets about twice that of Earth's size will both retain their primordial hydrogen-rich atmosphere and be rich in water.