An international team of researchers have discovered two super-Earth exoplanets, and one of them may be habitable. One of the planets is located at a distance from its star which potentially means it could hold liquid water on its surface.

The vast majority of exoplanets discovered so far have not proven to be good candidates for being habitable for humans, or life in general. They tend to be either far too hot, or extremely cold, while consisting of mainly gas. This makes the recent discovery of two super-Earth planets even more intriguing, especially since one of them could hold the potential for sustaining life.

TOI-4306 is a star that is located approximately 100 light-years from Earth. NASA's TESS space telescope was able to detect a planet orbiting the star last year. The discovery was made using the transit method, where a telescope is used to monitor the brightness of the star, and then looks for any dimming that might be caused by a planet passing in front of it.

Dr. Laetitia Delrez, FNRS Postdoctoral Researcher in the Astrobiology and STAR research units at the University of Liege, and lead author of the recent study, explained that it is often the case that such discoveries have to be followed up with ground-based telescopes to confirm the detected candidates are in fact planets. Delrez added, "This follow-up is particularly important in the case of relatively cold stars, such as TOI-4306, which emit most of their light in the near-infrared and for which TESS has a rather limited sensitivity." 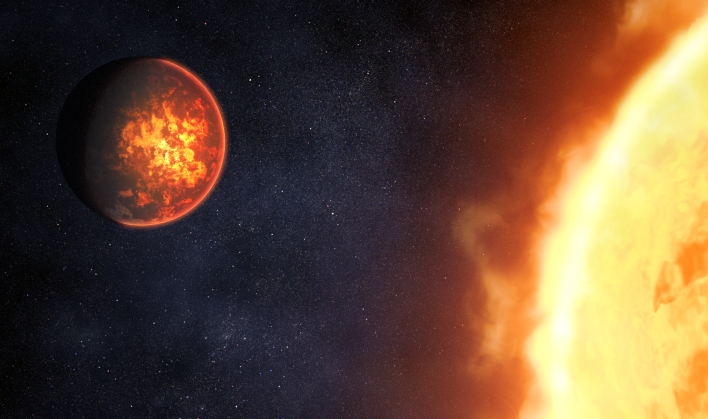 The follow up research was well worth the effort and time. The team was not only able to confirm and characterize the planet detected initially by TESS, but also discover a second planet that was previously unknown. The team combined the near-infrared sensitive ground-based telescopes of the SPECULOOS consortium, including the Bern led SAINT-EX telescope in Mexico, to make the determinations.

Perhaps the most intriguing aspect of the newly discovered planets, is that one of them may be at an adequate distance from its host star to maintain water on its surface. While the first planet takes an estimated 2.7 days to orbit around the star, the second takes about 8.5 days to complete an orbit. This leads researchers to believe the second planet receives around the same amount of stellar radiation as our own Earth receives from our Sun.

The international team warns about getting too excited about the new discovery just yet. "Being in the right spot does not guarantee a palm beach," remarked Dr. Robert Wells from the University of Bern and the NCCR PlanetS. He went on to say, "Our neighbor planet Venus, which is, so to speak, a CO2 rich near 500 degrees Celsius pressure cooker, is also near this so-called habitable zone around the Sun."

There is still much to learn about these two super-Earths, and what potential they may hold for living things. Wells says that more research will be done, including with the new Webb space telescope, in order to learn as much as possible about the new finds.