NASA's James Webb Space Telescope was set to launch on December 18th. However, an incident that occurred during testing of the observatory has NASA and its partners delaying the launch.

Once the James Webb Space Telescope (JWST) does launch, it is set to join forces with the Event Horizon Telescope. The first missions JWST has scheduled are observations using its infrared imaging power in hopes of overcoming some of the unique and persistent challenges that the Milky Way's black hole, Sagittarius A* (Sgr A*), presents. A large part of the issue in capturing a cleaner image with the Event Horizon Telescope is due to flickering flares in the material that surround Sgr A* and alter the pattern of light on an hourly basis.

Astronomer Farhad Yusef Zadeh, a professor at Northwestern University and principal investigator on the Webb program stated, "Our galaxy's supermassive black hole is the only one known to have this kind of flaring, and while that has made capturing an image of the region very difficult, it also makes Sagittarius A* even more scientifically interesting."

UPDATE: @NASAWebb is now targeted to launch no earlier than Dec. 22 to allow additional testing after a sudden, unplanned release of a clamp that secures the spacecraft to its rocket adapter sent vibrations throughout the observatory: https://t.co/YCHnFLbRIr pic.twitter.com/NX5spmt26C

But after traveling 5,800 miles to reach its destination in Kourou, French Guinea, an incident during Webb's launch preparation has NASA delaying the launch until at least December 22, 2021. Technicians were preparing to attach Webb to the launch vehicle adapter, which is used to connect the JWST with the upper stage of the Ariane 5 rocket. During this process an unplanned release of a clamp band occurred and caused a vibration throughout the observatory. 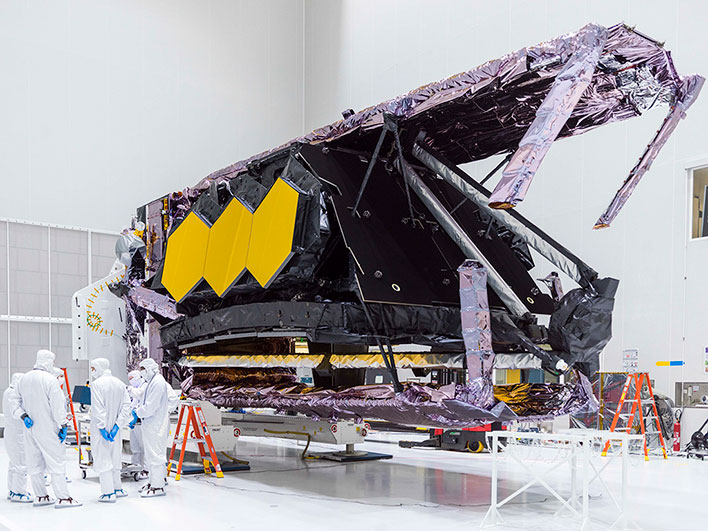 Immediately following the incident, a NASA-led anomaly review board met to investigate and begin additional testing in order to determine if there was any damage to any of the components. The testing is supposed to wrap up around the end of the week at which time mission partners and NASA will provide an update. The delay in launch is to give the team ample time to complete any and all testing needed to make certain everything is safe for launch.


Another of the missions that JWST will have once launched is to get a better picture of sub-Neptunes, the most common type of planet observed in the galaxy. The problem that exists right now is getting a clear picture of the sub-Neptune's atmosphere. This is due to aerosols, or tiny particles and droplets that make up clouds or haze. These particles scatter light and have caused previous attempts via spectroscopy useless in determining gas composition. The hope is that SWJT will be able to provide a much clearer view of sub-Neptunes and their atmospheres. 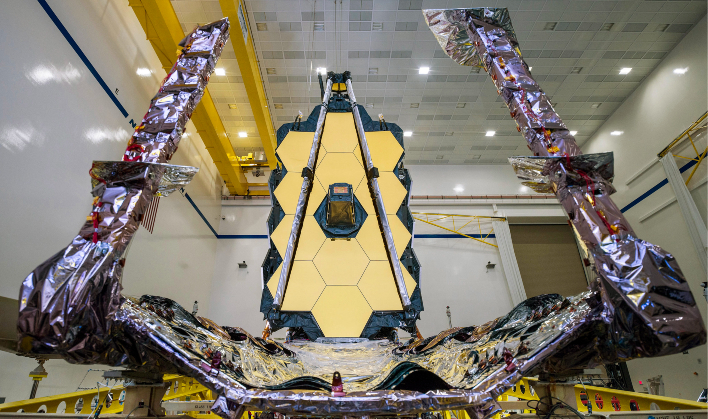 Yet another mission for the observatory will be observing 17 actively forming planetary systems and providing an infrared inventory of them. SWJT will measure spectra that can identify molecules in the inner regions of these protoplanetary disks. it is in these inner regions where Earth-like planets can begin to form.


Webb is slated to do a whole lot once it finally reaches space. So, there is no doubt that NASA wants its launch as soon as possible, but not at the risk of damaging this incredible piece of technology that will inevitably give us all a better look into the depths of space.
Images Source: NASA