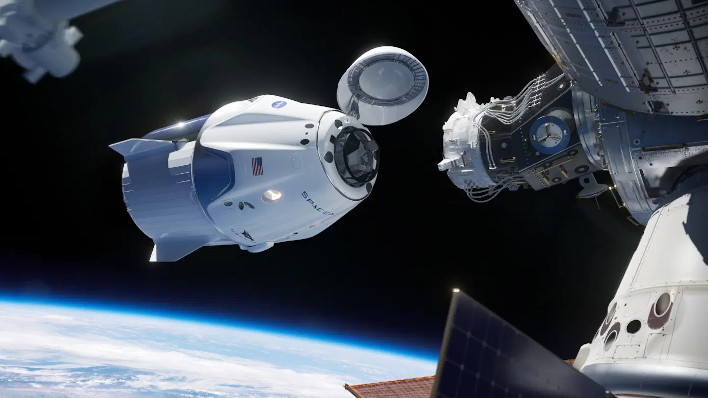 NASA has set a date for when its two astronauts, Bob Behnken and Doug Hurley, will return to Earth after their extended stay aboard the International Space Station (ISS). According to the NASA, the SpaceX Crew Dragon capsule that they rode aboard to reach the ISS will undock around 8pm EST on August 1st.

If all goes according to plan, the Crew Dragon will splash down in the Atlantic Ocean at 3pm EST on August 2nd. A successful landing will mark the completion of the Demo-2 mission, which commenced on May 30th when a SpaceX Falcon 9 rocket put Behnken and Hurly into orbit. It marked the first time that SpaceX had sent a manned crew into space after years of performing unmanned spaceflights to the ISS and delivering payloads into orbit for both commercial and government customers.

Once the Demo-2 mission has been completed, NASA will then take six weeks to process all of the launch, flight, and recovery data as it plots its path forward with crewed spaceflights. After that review period has wrapped up, NASA and SpaceX will then proceed with the next step in the process: the Crew-1 mission.

While Demo-2 only had two astronauts onboard, Crew-1 will send four astronauts into orbit.

The Crew-1 mission will also debut SpaceX’s most capable Crew Dragon vehicle to date, which will sit atop a new Block 5 Falcon 9 booster. The Falcon 9 booster arrived in Florida for its upcoming mission earlier this week, and it will blast off from historic Launch Complex 39A.