The search for another planet in our solar system has came up empty for astronomers searching the skies. Astrophysicists have explored the possibility for some time and many firmly believe one does exist. Now 38-year-old data may back up what they have suspected all along.

The exploration of space has taken us far beyond our own solar system. It has led to the discovery of possible exoplanets in galaxies beyond the Milky Way. But the looming question of whether or not there is yet another planet that is orbiting our Sun has kept the imagination of some to continue searching, especially after Pluto was determined to not be a planet (at the disdain of Big Bang's Sheldon). Those like Michael Rowan who conducted a search in 1983 using the Infrared Astronomical Satellite, which was the first of its kind.

Rowan's search did not find anything noteworthy back in the early 80s and in 1991 he pretty much abandoned the project. That is until new research that probed new regions of space as possible homes to a ninth planet.  Astrophysicists have speculated that another planet does in fact exist due to something with a lot of gravity being found in the Kuiper Belt. The Kuiper Belt lies beyond Neptune and consists of comets, asteroids and other icy objects.


The new found data motivated Rowan to revisit his data from 38 years ago and look at the new areas. When he did, he was met with three infrared sources he believes could be theorized as a planet. The data he is drawing his conclusion from is from June and September of 1983. The study has found the object in question to be travelling in space close to the galactic plane. Rowan does say that is not likely to be a true finding, but it could aid in other studies in knowing where to look in future searches. 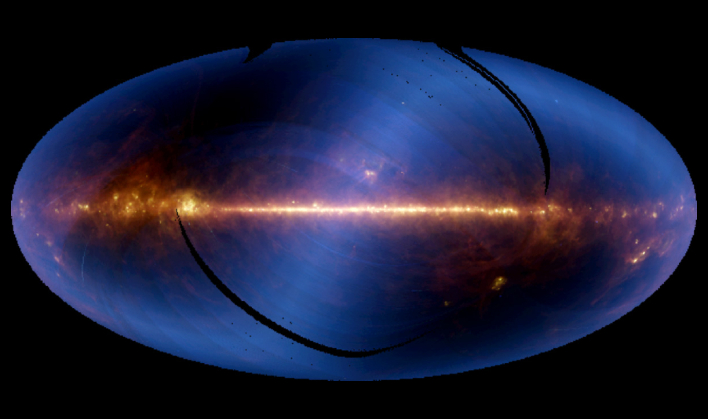 Rowan stated, "Given the poor quality of the IRAS detections, at the very limit of the survey, and in a very difficult part of the sky for far infrared detections, the probability of the candidate being real is not overwhelming." He went on to conclude, "However, given the great interest of the Planet 9 hypothesis, it would be worthwhile to check whether an object with the proposed parameters and in the region of sky proposed, is inconsistent with the planetary ephemerides."

One of the issues is that points in the region being looked at are affected by the galactic cirrus-filamentary wispy clouds that emit light in far-infrared. Rowan says that there is a possibility what he has found is merely noise produced by these clouds. But being there are three time points lends itself to potentially allow for a calculation of its orbital period around the sun.

Rowan's most recent findings is set to be published in the Monthly Notices of the Royal Astronomical Society. So, if you are interested in learning more about what he has come up with, you can be on the lookout for his paper there.

Whether or not what Rowan has discovered is in fact a ninth planet, or merely a distant cloud emitting light, it has still excited and re-energized many at the possibility. The Vera Rubin Observatory in Chile is under construction and will house the largest digital camera ever built and will collect more detailed images of what exists in the night sky. The search for another Earth-like planet that has the potential for life continues, and with advancements in technology Planet 9 could be found at any moment.