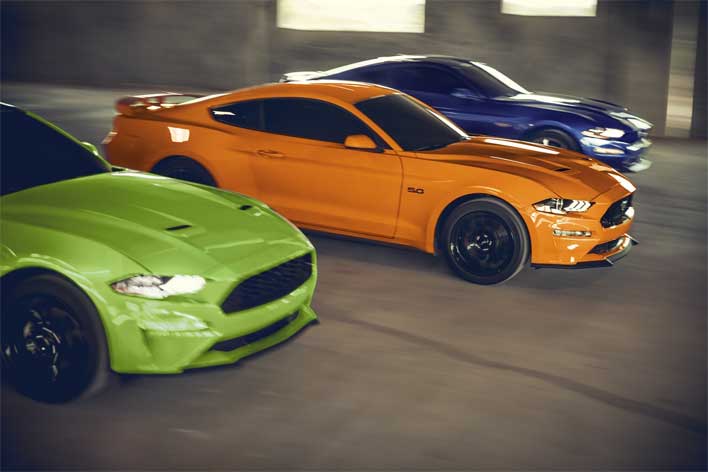 The current-generation Ford Mustang (pictured above), and every Mustang before it, has been rear-wheel-drive and offered some form of V8 engine. A new report is making the rounds that claims an electrified version of the Ford Mustang will debut when the next-generation car arrives in 2022. The Mustang will reportedly be offered with a hybrid V8 engine.

The report indicates that the hybrid Mustang would've turned up this year after Ford announced in 2017 that it would be building a hybrid Mustang. That's the year Ford CEO Jim Hackett took over, and he prioritized the incoming Mustang Mach-E EV over a hybrid Mustang. With the S650 Mustang expected in 2022, the V8 will remain an option along with rear-wheel drive. A patent from 2017 shows that Ford intends to put two electric motors under the hood attached directly to each side of the engine.

That would allow the electric motors to power the front wheels of the Mustang. The front electric motors would allow the V8 engine to be shut off when not needed, and would offer boosted efficiency, which is key in European markets. While a hybrid V-8 and all-wheel drive sound interesting, one thing that doesn't sound good is that the Mustang is expected to switch to the CD6 platform shared with the Ford Explorer SUV and the Lincoln Aviator. That is expected to mean a larger and heavier Mustang. It's assumed that the non-electrified V8 and turbo-four versions of the Mustang will remain, but that is unknown.