It looks as though one of the best parts about owning a Tesla will soon become less exclusive. Ever since the Model S launched a decade ago, Tesla has built out an extensive Supercharger network in the United States and around the globe. The network is only accessible to Tesla owners and allows them to [relatively] quickly charge their vehicles when making long road trips (Tesla doesn't recommend relying solely on Supercharging to preserve the battery).

In a tweet yesterday, Tesla CEO Elon Musk confirmed that the Supercharger network would open to competing electric vehicle manufacturers in the United States starting later this year. This would give non-Tesla EV owners yet another option to choose for their charging needs, adding to existing options like Electrify America and ChargePoint. 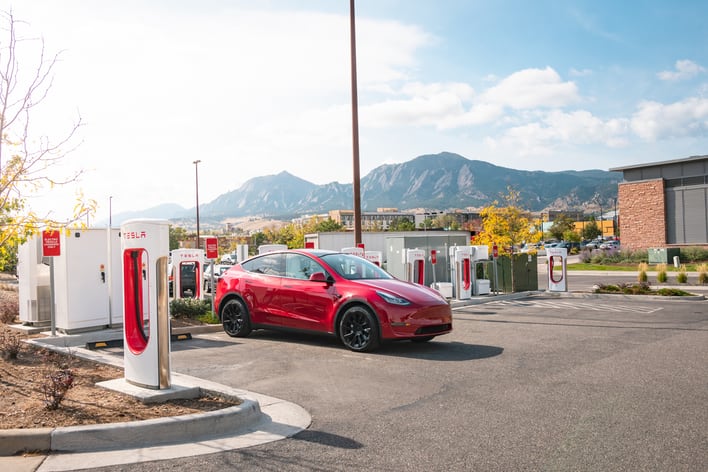 "We created our own connector, as there was no standard back then & Tesla was only maker of long-range electric cars," said Musk in the tweet. "It's one fairly slim connector for both low & high-power charging."

We created our own connector, as there was no standard back then & Tesla was only maker of long range electric cars.

That said, we’re making our Supercharger network open to other EVs later this year.

There are still several problems that must be resolved before this interoperability is active for Ford Mustang Mach-E or Porsche Taycan drivers. For starters, Tesla will have to work out licensing/cost structure and charging guidelines to ensure that non-Tesla vehicles can operate on the Supercharger network. Secondly, an adapter must be produced to allow non-Tesla cars to charge on the network. Finally, the Tesla app must be redesigned to interface with other EVs and handle payment processing. 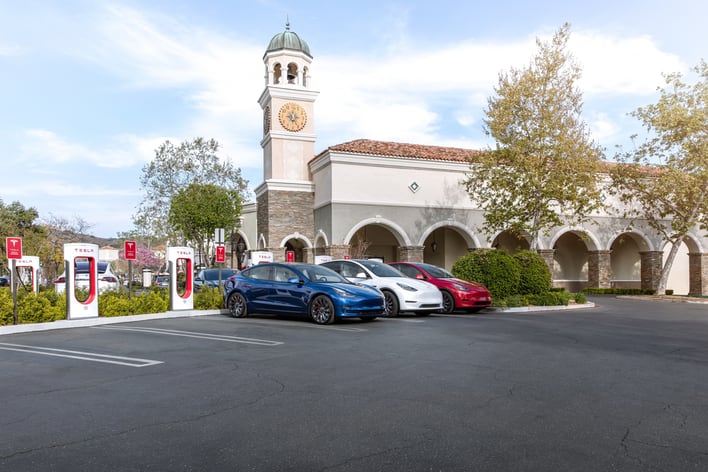 Tesla currently has over 25,000 Superchargers at over 2,700 stations globally. And Musk has continually said that Tesla doesn't make a profit from the Supercharger network. So opening it up to third parties could put Superchargers in the black for Tesla at the expense of the user experience for its existing customers.