Tesla has been in the news frequently over the past few months, namely for its new and comically fast Model S Plaid sedan and for the late arrival of the Full Self Driving Beta v9 software. Now, Elon Musk is making headlines for an upcoming upgrade to Tesla's vast Supercharger network.

Tesla's last big Supercharger V3 update occurred in mid-2019 when the on-site charging stations were upgraded from 150 kW to 250 kW output. Musk confirmed today that the next evolutionary bump of its Supercharger network would boost output to 300 kW. However, we don't know if this bump in capacity will result in a Supercharger V4 designation.

Not bad, although new Model S has more range & faster charging. 3 & Y should use long range version, as Performance version is meant for max speed & handling, not max range.

Supercharger network is being upgraded to 250kW to 300kW, so that will help too.

With its current Supercharger V3 network, a Model 3 Long Range can achieve 75 miles of range in 5 minutes. Tesla also claimed that the "typical charging time" using the V3 network would hover around the 15-minute mark. With the 300-kW upgrade, those typical charging could hit closer to 10 minutes. This means that Tesla drivers can get in and out faster when traveling long distances, freeing up availability for other drivers.

While 10 minutes is still longer than what most Americans take to fill their gasoline- or diesel-powered vehicles at a gas station, it's a step in the right direction for EVs. With that being said, the Supercharger network wasn’t designed to be a Tesla driver's primary source for charging. Instead, most owners would typically just charge up at home (where possible), which would result in leaving in the morning with close to a full charge. 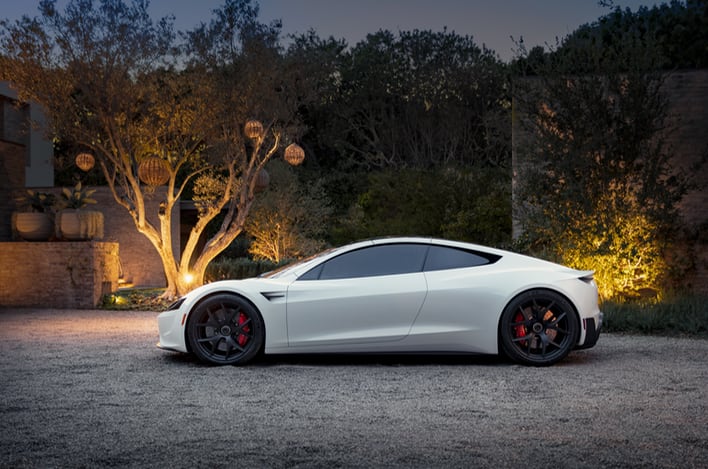 At this time, it's not known which Tesla vehicles will be able to take advantage of the faster speeds afforded by 300 kW Superchargers. One would assume that the newly refreshed Model S and Model X would support the increased output, and perhaps the Model 3 and Model Y. The Model Y is Tesla's best-selling vehicle, so it would be disappointing to miss out on the Supercharger upgrade. Tesla’s upcoming Cybertruck and Roadster are certainly guaranteed to support 300 kW chargers when they launch.

Even with the bump to 300 kW, it still doesn't match the most powerful Electrify America stations, which can support 350 kW peak output in some areas.