The Motorola Razr 5G is one of the most distinctive smartphones currently available on the market. Motorola announced the smartphone back in early September as the follow-up to the trouble-prone first-generation Razr that launched in early 2020. The biggest change with this new model is the arrival of the Qualcomm Snapdragon 765 SoC, which of course affords the smartphone 5G connectivity.

However, if you chose to purchase the smartphone from Amazon in recent weeks, you might have noticed that the smartphone came unsealed and with fingerprints all over it. You definitely wouldn't expect your brand-new $1,399 smartphone to come unsealed, and would rightfully assume that either Amazon made a mistake or that there was some foul play with the shipping carrier. 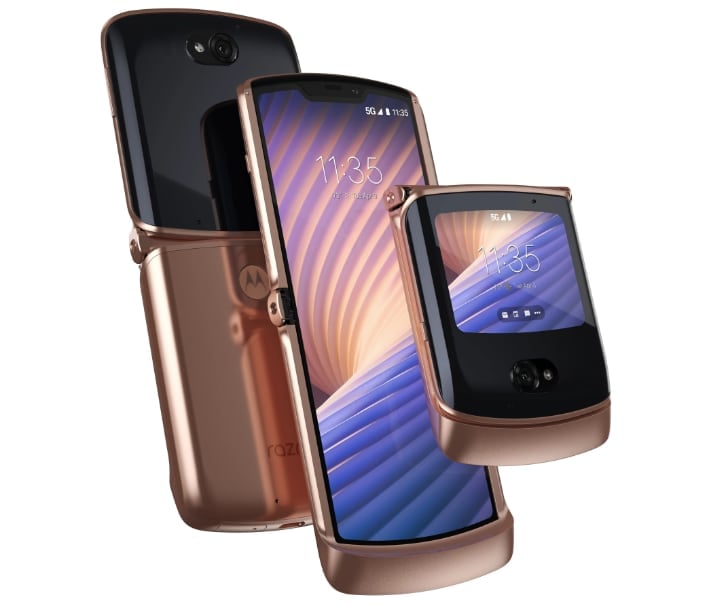 But as The Verge has pointed out, it's actually Amazon employees that are pre-opening the retail boxes for the Razr 5G before it's even shipped to you. If you navigate over to Amazon's product page for the Razr 5G, you'll find this disclaimer among the lengthy bullet-point list (the bolded part is our emphasis):

NOTE: originally, RAZR was meant to be shipped in the unfolded position. However, to better protect the display, we have folded your RAZR – it’s safer but may not look as elegant as we hoped. We apologize if you see fingerprints on your device. We assure you your RAZR is brand new.

Like its predecessor, the Razr 5G ships in a rather ornate box with its display in the open position. Although Amazon doesn't come right out and it say, we're assuming that company likely received way too many complaints from its customers that their brand new Razr 5G phones were arriving with damaged displays. And when we're talking about a $1,400 device, it is likely that Amazon got tired of eating the costs associated with these claims.

But in the process, its decision to actually open the retail box, manhandle a customer’s "new" smartphone, and then shove it back in the box with greasy fingerprints on it seems like a serious overreaction. What if the smartphone was purchased as a gift for someone else, and they open it up to receive a disheveled phone in the process? What about the customer that simply likes the act of slicing open that factory seal on their new electronics, only to find that it's already been done for them? 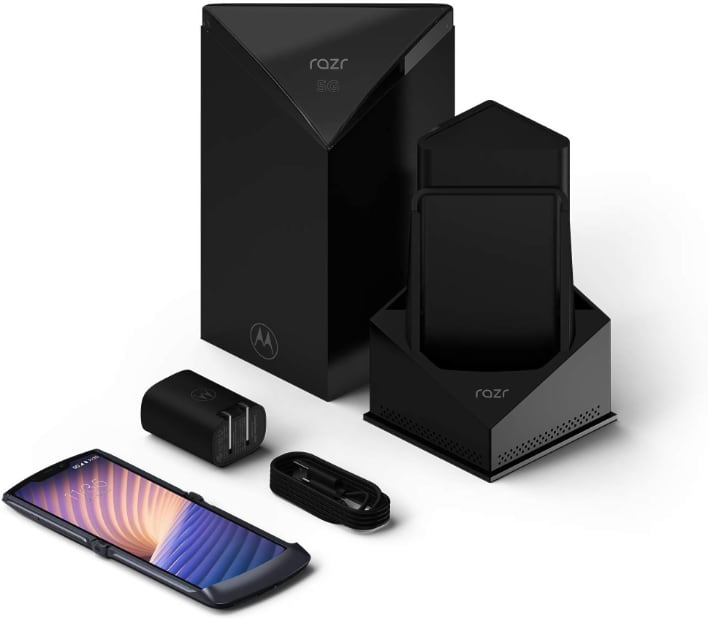 And while Amazon does disclose that it is taking these steps to protect the smartphone, the disclaimer comes at the bottom of the bulleted list – and you have to click "Show more" to even see it. Perhaps a more reasonable action by Amazon would be to stop placing packages in oversized boxes with a couple of bubble packs thrown in. Maybe then, your prized goods wouldn't get jostled around when the UPS or USPS driver lobs your package onto the porch. Better packaging by Amazon would go a long way towards alleviating any "damaged on delivery" claims.

On the plus side, Amazon is currently selling the Motorola Razr 5G for $400 off its MSRP, so it now rings up at just $999. Maybe this is Amazon's "We Open It First" discount.

What say you, HotHardware readers? Would you be ticked off if your supposedly brand-new device came pre-opened? Sounds off in the comments section below.