Motorola's pen-equipped smartphone family is alive and well, and the latest releases debuted today as the Moto G Stylus 5G. Of course, you won't mistake the Moto G Stylus 5G for anything but a budget device given its specs. But it should be more than enough to handle the needs of customers that prefer to have a stylus on their smartphone and don't want the added cost of purchasing a Galaxy Note-class device.

Kicking things off, the Moto G Stylus 5G is packing one of Qualcomm's low-end Snapdragon 480 5G SoC with an integrated Snapdragon X51 5G modem. It supports maximum downlink and uplink speeds of 2.5Gbps and 660Mbps, respectively. However, keep in mind that its budget pricing means that mmWave 5G support isn't included. The Snapdragon 480 is paired with 4GB of RAM and 128GB of internal storage. If that isn't enough, customers can opt for 6GB of RAM and double the storage. 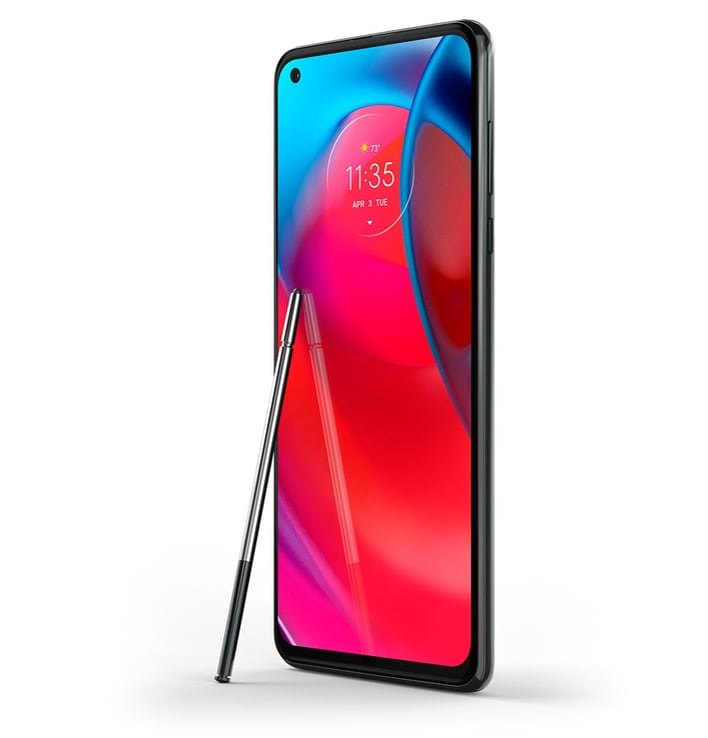 Perhaps the most essential part of the smartphone, however, is its display. In this case, Motorola is using a 6.8-inch FHD+ Max Vision panel. There's a hole punch cutout for the 16MP selfie camera in the top left-hand corner, and the bezels are relatively slim except for at the bottom. You'll find a four-camera array out back, including 48MP (primary) and 8MP (ultra-wide) sensors along with 5MP macro and 2MP depth sensors.

Like many budget-oriented devices, the Moto G Stylus 5G actually includes a 3.5mm headphone jack. In contrast, most mid-range and flagship devices had ditched the port in favor of USB-C exclusivity. You'll also find a built-in silo to house the stylus and a beefy 5,000 mAh to extend runtimes from the power-efficient SoC.

At $399, the Moto G Stylus 5G isn't exactly "cheap" when it comes to 5G smartphones. For example, the Samsung Galaxy A32 5G sells for $279. However, we'd like to consider the Moto G Stylus 5G as a budget Samsung Galaxy Note 20, given its standard stylus. And in that sense, we're looking at $399 versus a starting price of $999. Sure, the Galaxy Note 20 offers a flagship smartphone experience, but many customers could be just as well served by saving $600 with Motorola's "Great Value" take on the same concept.