Samsung has come out swinging with a lineup of aggressively priced Galaxy A smartphones, the cheapest of which is just $109. If you want 5G connectivity, you will have to pay more, though the starting price for its 5G offerings start at a reasonable $279. All five of the new handsets are available in the United States, which is not always the case when it comes to affordable smartphones.
This is great news for people who have no interest or desire in setting foot in ultra-premium territory, where flagship smartphones command more than a grand. Obviously a $109 smartphone is not going to deliver the same level of performance and features as one that runs $1,000 or more, but not everyone needs the best hardware on the market.
"Over the past year, we’ve come to rely on our phones more than ever to keep us connected and provide some much-needed fun and entertainment," said Drew Blackard, vice president of mobile product management at Samsung Electronics America. "The 2021 Galaxy A series delivers all of that. These are the perfect smartphones for anyone who wants the quality and innovation synonymous with Samsung at a great price." 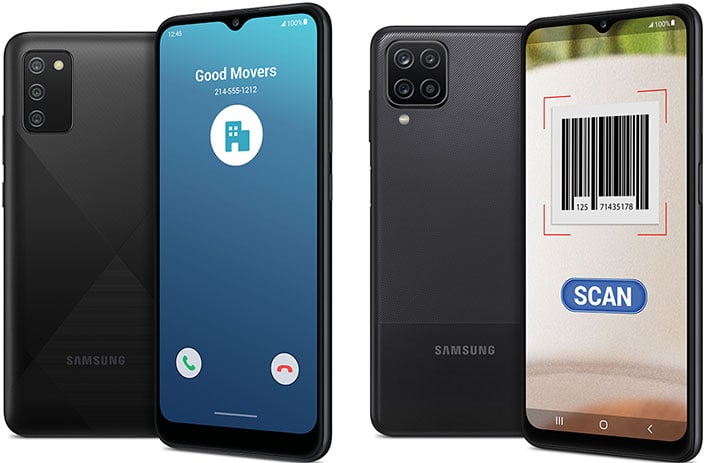 Samsung Delivers Affordable 5G with Galaxy A52, Galaxy A42 And Galaxy A32 Handsets 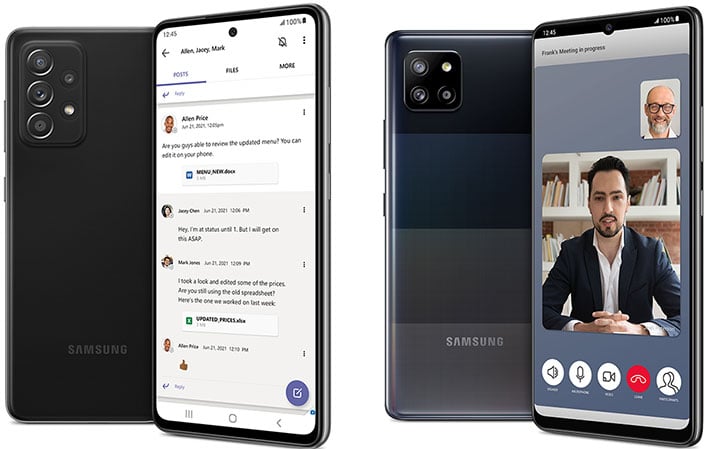 Pivoting to the 5G line, the Galaxy A52 5G, Galaxy A42 5G, and Galaxy A32 5G offer higher speed connectivity at price points that are not too exorbitant. They also deliver some surprising features for the money, like faster refresh rates and OLED screens on the two top models.
The Galaxy A52 5G is the most expensive of the bunch at $499, which is really mid-range territory. It's equipped with a 6.5-inch AMOLED Infinity-O display and can hit 120Hz. It's powered by a Qualcomm Snapdragon 750G processor and 6GB of RAM, and serves up 128GB of built-in storage.
For taking selfies, it has a 32MP front camera (the highest megapixel-count of all the new Galaxy A handsets). And on the rear, the Galaxy A52 5G boasts a 64MP main camera (f/1.8), 12MP ultra-wide lens (f/2.2), 5MP macro lens (f/2.4), and 5MP depth sensor (f/2.4).
Other notable features include a 4,500 mAh battery and 25W fast charging. 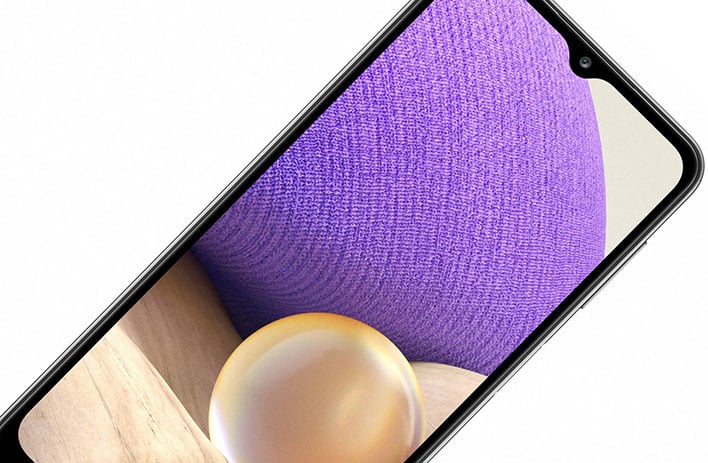 Lastly, the Galaxy A32 5G sports a 6.5-inch LCD Infinity-V display with a 90Hz refresh rate, powered by a MediaTek 720 processor, 4GB of RAM, and a 64GB of internal storage. It has the same battery and front camera as the Galaxy A42 5G, but on the rear camera arrangement, it adds a 5MP macro lens to the mix.
Interestingly enough, out of the three new 5G phones, only the Galaxy A42 5G supports the faster mmWave 5G specification, in addition to sub 6GHz 5G—the other two are both sub 6GHz 5G only.
The Galaxy A42 5G will be available April 8, followed by the Galaxy A52 5G, Galaxy A32 5G, and Galaxy A12 on April 9, and the Galaxy A02s on April 29.