It's been a while since Motorola has released a "true" flagship device with the specs, cameras, and build quality to match top rivals from Samsung and Apple. But the company is looking to answer the call from enthusiasts with the Edge Plus.

Thankfully, reliable gadget leaker Evan Blass has given us the best look yet at the Edge Plus thanks to a new set of official, high-resolution renders. We get to see the device from all angles, including a close-up of its "waterfall display" which seems to wrap about half-way down the sides of the device. Also visible are minimal bezels at the top and bottom of the display, along with a single punch hole cut-out for the selfie camera in the top left-hand corner of the display. 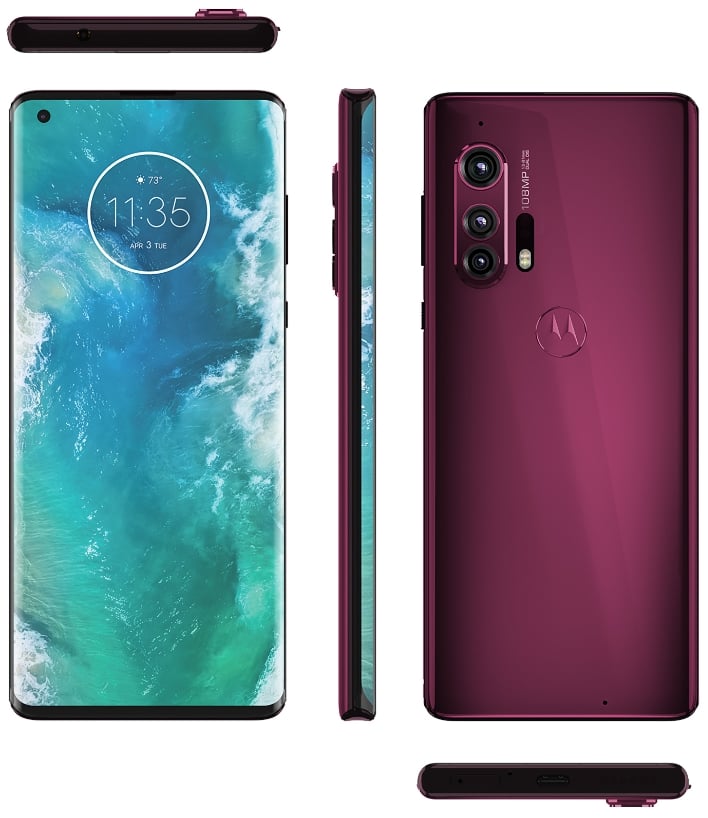 On the back of the device, we find three cameras including a 108MP primary sensor. Two other sensors include a 16MP wide-angle camera and an 8MP telephoto camera to round out the Edge Plus' photography chops. The camera hardware definitely looks pretty stout, but we'll have to see how well Motorola is with regards to image processing, which has in the past been a step behind what the likes of Google and Apple have been able to muster.

Powering the Edge Plus is expected to be Qualcomm's new Snapdragon 865 SoC, which means that it will come standard with 5G connectivity (via the Snapdragon X55 5G modem). We are expecting either 8GB or 12GB of RAM, at least 128GB of internal storage, and a nearly 5,200 mAh battery. As for the previously mentioned waterfall display, it is rumored to be a Full HD+ meaning 6.67 inches across. Oh, and Motorola has seen fit to include a headphone jack for those of you out that that have switched completely to wireless headphones.

According to the date on the display, it appears that Motorola may be aiming to launch the Edge Plus on April 3rd. We'll update this post with more details as they come through.