The Call of Duty: Modern Warfare Battle Pass Season 2 has landed, and with it comes new content for gamers to enjoy. The Pass has 100 tiers of new content for players to unlock and enjoy. Among that new content is a new legendary operator called Ghost.

Players will get free new functional weapons that include the Grau 5.56 assault rifle and the Striker 45 SMG. The Season 2 Battle Pass also features new skins to change the looks of your favorite operator. New weapon blueprints allow players to build up custom weapons to use in the game. 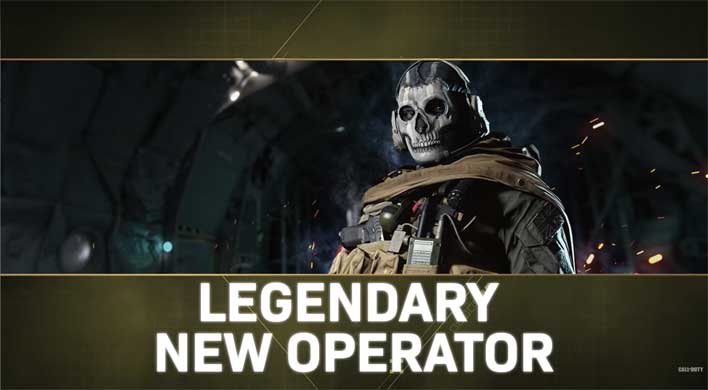 The battle pass challenges players to play the game and level up. Along with the new skins and weapons also come new maps for gamers to enjoy. New maps are offered in Multiplayer, Ground War, and Gunfight modes. The 100 tiers of content to unlock requires players to purchase the Battle Pass and then play the game to unlock by advancing tiers.

Gamers can earn items by playing the game, earn XP, and complete challenges. Activision notes that there are 100 Officer Ranks and 100 Battle Pass tiers of content, the two aspects of the game are separate from each other. CoD players who don’t want to buy the Battle Pass can earn over 20 items in the Free Battle Pass tiers.

The new Grau 5.56 mentioned before is unlockable in tier 15, with the Striker 45 unlockable at Tier 31. Other free content that can be unlocked includes calling cards, emblems, stickers, Dusk LMG blueprint, and 300 Call of Duty points. Players can see more about the content in the Battle Pass tab in the multiplayer menu. The Battle Pass is live now. Modern Warfare has had more than a few glitches since it launched. The latest glitch saw players die on contact with a care package.