Minecraft 1.17: How To Find Axolotl And Amethyst, Grow Glow Berries And Craft A Lightning Rod

Minecraft 1.17, AKA part one of the Caves And Cliffs update, was released yesterday and with it came new flora and fauna to see in the wild.  Now that we have been able to explore a little bit, let's take a look at some of the cool stuff we have found or handy tips you may want when playing. 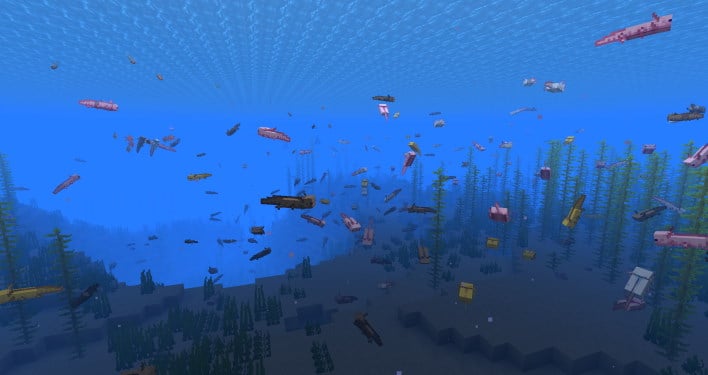 While exploring the wilds of Minecraft, you may stumble upon Axolotls in any pool of water. While they may make cute noises, they are the apex predator of the oceans, rivers, and lakes at the moment as they kill nearly anything in sight. According to the Minecraft Fandom Wiki, what is interesting about these animals is that there is an extremely rare blue breed of axolotls that only has a .083% chance of spawning. While this is not as rare as the baby pink sheep at just a .0082% chance of spawning, you won't come across either often, if ever. 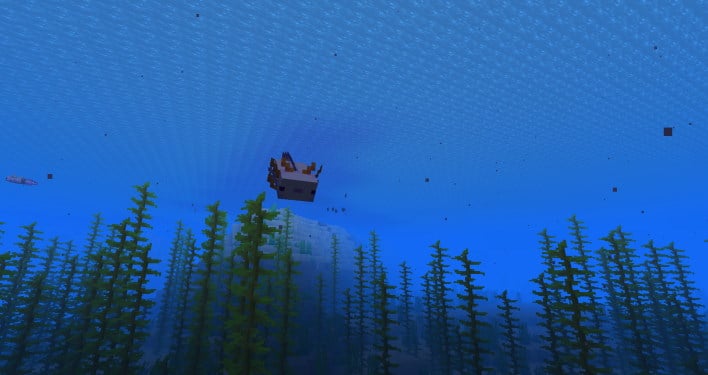 If you do happen to stumble upon a gorgeous blue axolotl, however, you can snatch it up in a bucket of water. Once you have it safe, you can then breed it with any other axolotl with a bucket of tropical fish for a 50% chance of color inheritance, which goes up to 100% when you have two blue Axolotls. 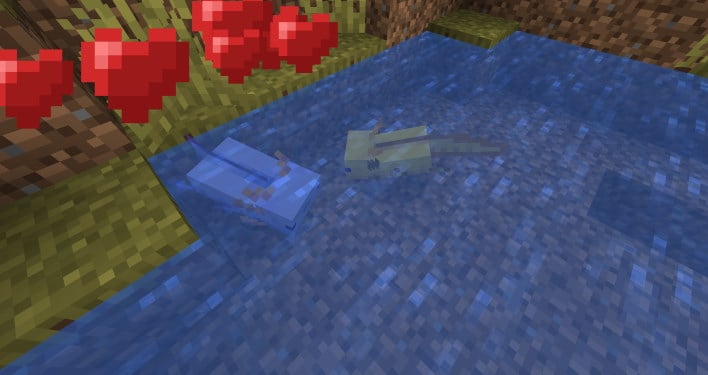 As we struggled to find one in the wild, we played around with its spawn egg, as you can see up top; but that did not yield results as we would have liked. However, there is a command to spawn blue axolotls, saving some time and effort if you want to skip to the good stuff: 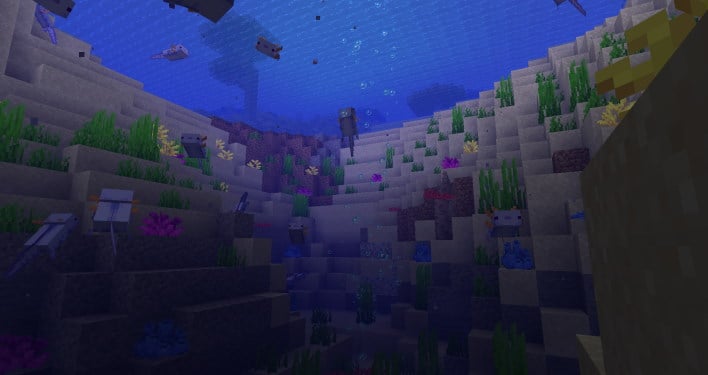 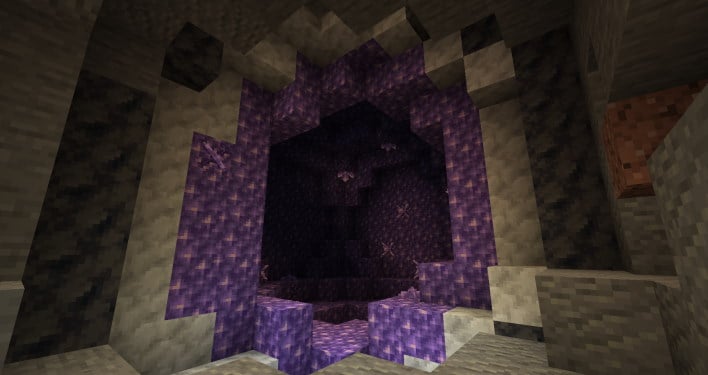 If you are looking to find some amethyst to decorate your home or craft with, you will have an easier time than finding a blue axolotl in the wild. Amethyst spawns in massive round geodes that are typically found underground. If you manage to track a geode down, which we did both underground and underwater, you will first encounter a one-block layer of smooth basalt (black) followed by one to two blocks of calcite (white). Once you are through those layers, you will find blocks of amethyst, budding amethyst, amethyst buds, and amethyst clusters which all make great noises when walking on them. 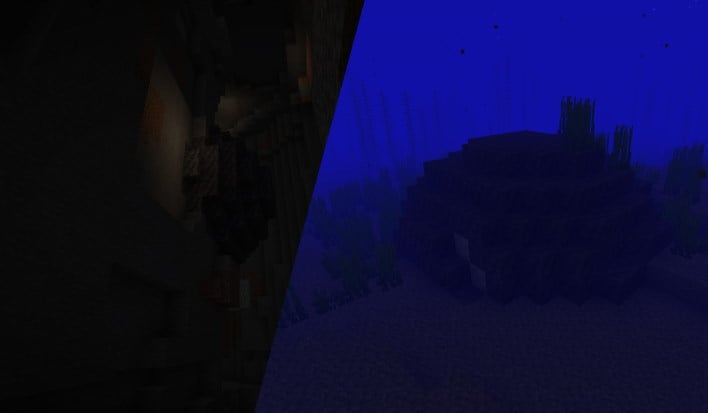 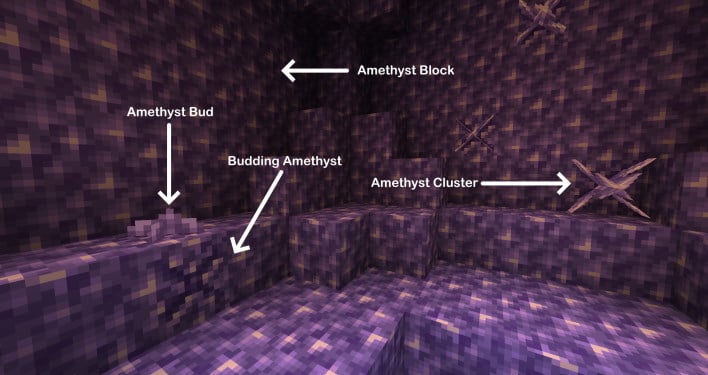 The Only Time Attracting Lightning Is A Good Thing 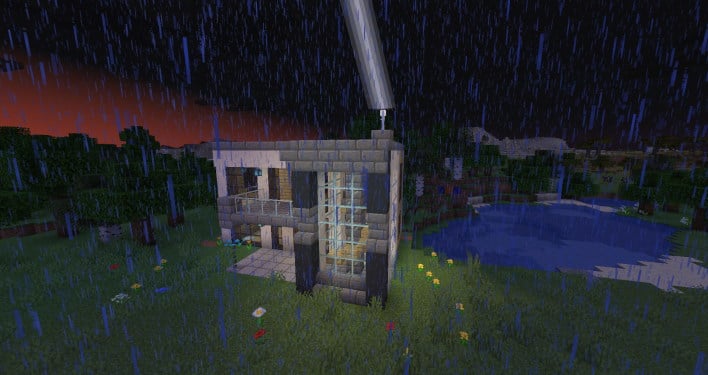 When storms roll around in Minecraft, lightning has a high chance of starting a problematic fire in your area, but what if there was a way to prevent that?  This is not a Smokey The Bear ad, but a suggestion to use a new lightning rod to take care of the problem.  All you need are three of the new copper ingots in a row and you can have yourself a shiny new lightning rod.  This will attract lighting that would have struck within 64 blocks from the rod, preventing fires or the odd player lightning strike. 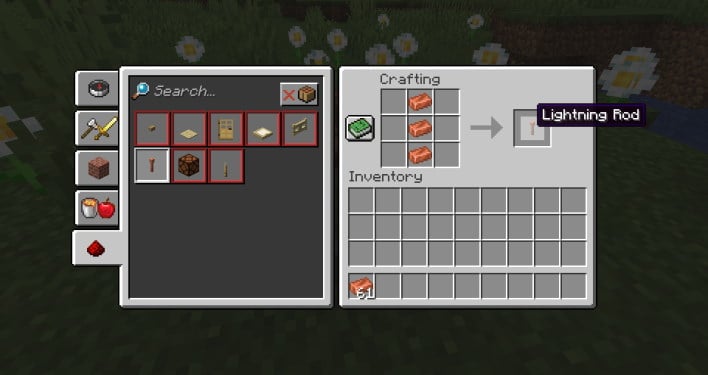 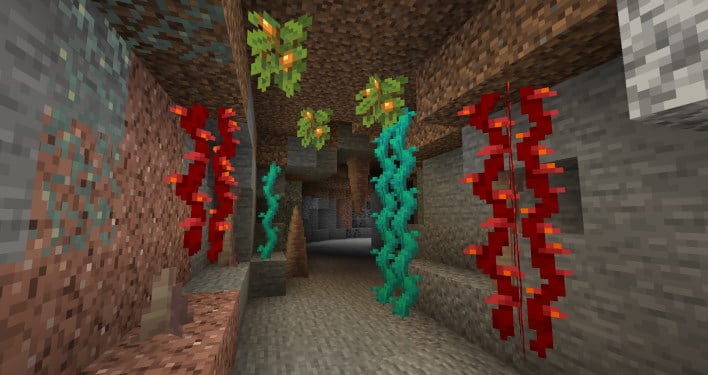 Even though the new cave generation is not in Minecraft 1.17, many new blocks are including the Glow Berries.  In the next major Minecraft update, you may be able to find them in random caves growing on vines, but we have no such luck for right now.  In the meantime, if you want to get your hands on glow berries, then you will have to track down a loot chest in a mineshaft as we did. 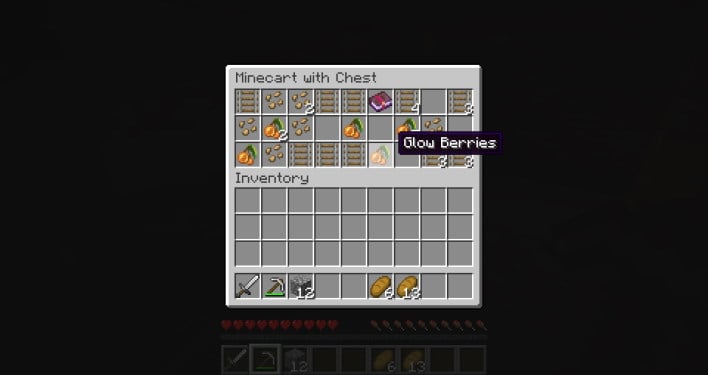 Once you have collected the berries, you can plant them under a block and a cave vine will begin to grow downward.  Then, you just need to use bonemeal on the vine to yield more berries to eat and restore two hunger or to plant and have more vines.

Though all of things in Minecraft 1.17 are pretty cool, there is quite a bit more to explore out there and more to come with part two of the Caves and Cliffs update.  Perhaps you can make a proper Statue of Liberty with the weathered copper blocks, or a massive crystal cave with amethyst.  Either way, let us know what you think of the Minecraft Caves and Cliffs update in the comments below.