The first part of Minecraft’s Caves and Cliffs update is finally here, and it brings new mobs and blocks to the game. From goats high on mountaintops to glowing squids deep beneath the sea and other new things in between, there is a lot to explore in version 1.17, so let us dive right in…

Mobs Below The Deepest Depths And Atop The Highest Hills 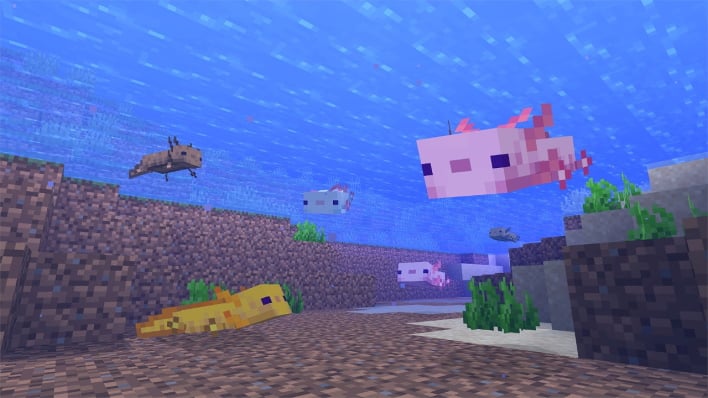 In this update, the player will notice several new mobs, most of which are found underwater. First on the list is the adorable axolotl, an amphibious and colorful creature with some cool traits. They will attack fish, squid, drowned, and guardians alike or just play dead if they are taking too much damage. It is basically like the opossum of the sea, and you can find them in nearly all bodies of water. 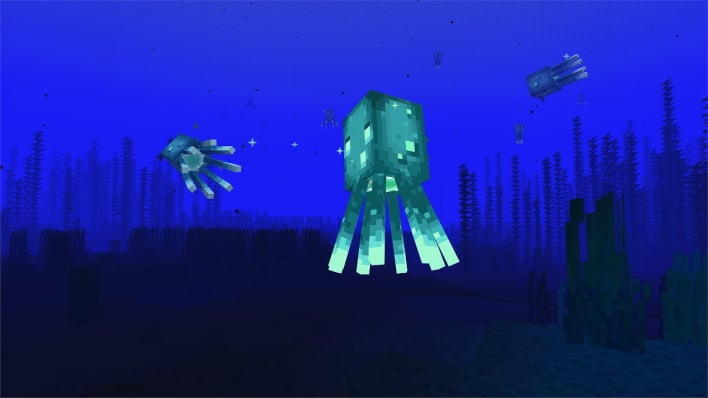 What you will not be able to find in nearly all bodies of water is the luminous glow squid which won the Minecraft Live 2020 mob vote. These aquatic animals spawn in underground water and, when killed, drop glow ink sacs which can be used to craft glowing item frames or signs which are easy to see at night. 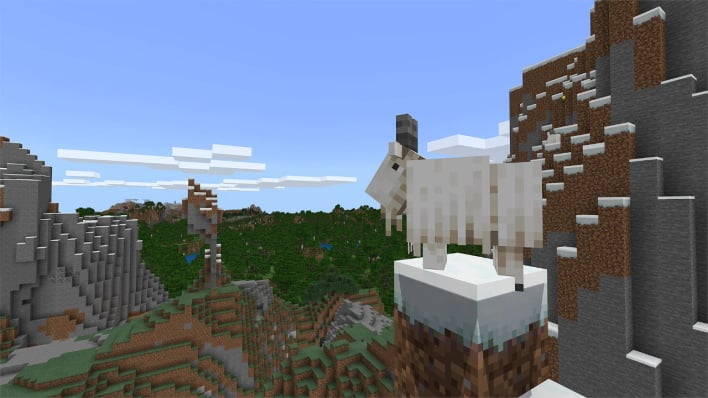 Jumping out of the water, the final mob addition is the goat which won the MINECON Live 2019 mob vote. If you want to find one, they spawn in the extreme hills biome and have some pretty funny yet neat traits. Like a real goat, these mobs like to ram into players and other mobs, so do not stand on the edge of a mountain when goats are nearby. As for other traits, the goats can jump quite high and take less fall damage than other mobs, which suits them for their environment mountainous. There is also a rumor of an elusive screaming goat, so keep an eye out for that when trekking through extreme hills. 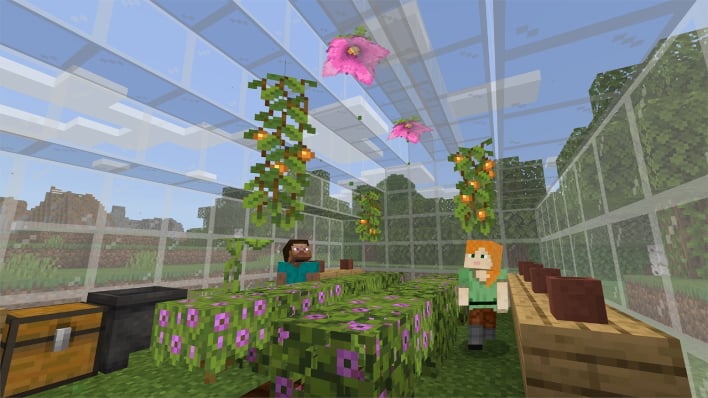 Besides the new mobs, there is a plethora of new flora and fauna that can be found in creative mode. The glow lichen and glow berries found on cave vines can provide an atmospheric dim light source while you are spelunking around. Be careful, though, as you could get caught up in hanging roots from rooted dirt underground or fall thanks to dripleaf, which, if stood on, will tilt and drop, bringing you down with it.
You can also find azaleas, flowing azaleas, moss blocks and moss carpet, and spore blossoms that can decorate your home or cave. Sadly, most of these blocks will not generate until part two of the Caves and Cliffs update comes out, but you can mess around and experiment with them in creative mode right now.


New Ores And Blocks For Decoration 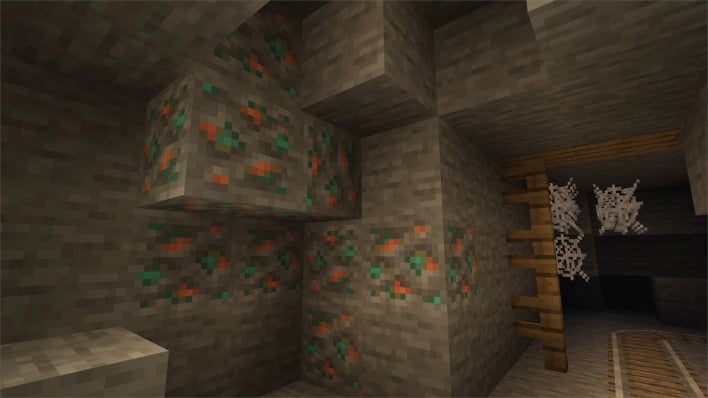 Another big thing item in this update is the copper ore, which can be used for a couple of things. Players can craft spyglasses and lightning rods with the shiny metal, but do not leave any blocks lying around as the copper will slowly oxidize over time. To prevent this issue, you can also apply a layer of wax using the honeycomb item. Hopefully, we will get to see more uses for the copper when part two of the Caves and Cliffs comes out, but it is still worthwhile to collect.

Besides the ore, players will also be able to find amethyst blocks that can be used to make tinted glass or decorate a home. Also, there is now deepslate, tuff, smooth basalt, dripstone, and pointed dripstone, all of which can up your decoration game. 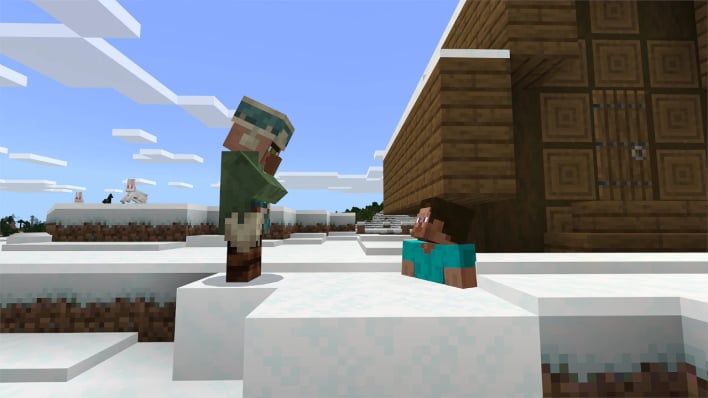 If you are out exploring, you may also encounter powder snow, which can cause some issues if you fall in. Players and mobs will start to freeze and eventually take damage if they sit in the snow too long, but players can be protected by leather armor. Sadly, this does not have the benefits that iron and higher tiers of armor have, so hopefully we will get to see something like leather-lined armor in the future to fix this.

Though there is a lot to take in here, this only half of the story as part two of the Caves And Cliffs update has yet to come out. While we wait on that update to come later this year, players can explore and see what has come to Minecraft with part one of Caves And Cliffs update, which is available right now on both Bedrock and Java Editions of Minecraft.