Microsoft is actively reaching out to members of the Windows Insider program who are subscribed to the Dev Channel, and letting them know that now is the time to hop over to the Beta channel, if they want to continue testing Windows 11 features and experiences indicative of what the public release will entail. Those who decide to stay put may have to contend with "less stable" builds.
The emails going out to Dev Channel subscribers essentially reiterate and expand upon comments Microsoft made in a recent blog, when announcing the latest 22000.160 preview build.
"IMPORTANT REMINDER: If you are in the Dev Channel, now would be the right time to consider switching to the Beta Channel if you want to stay on more stabilized builds of Windows 11," Microsoft stated last week, and in bold text for emphasis.
The Windows Insider program allows users to access and test new features that are currently in development, or being evaluated, before everyone else. Users who participate do so with the knowledge that preview builds might not be completely stable. To what extent depends in part on what channel a user subscribes to. 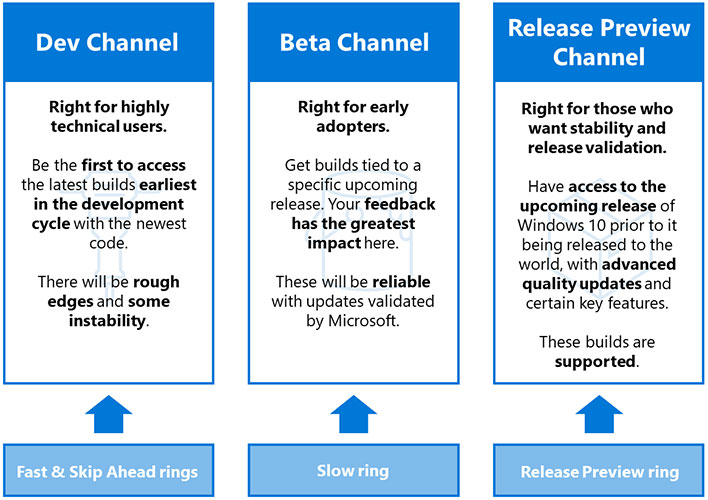 There are three channels, as outlined above. The Dev channel provides the earliest look at upcoming releases, typically beyond what is just around the corner. And as Microsoft notes, users should expect "some rough edges and some instability." These builds are typically not matched to a specific Windows release, but with Microsoft pivoting from Windows 10 as its forever-OS to Windows 11 as the new kid on the block, there was a short-term exception. Until now.
Windows 11 is being groomed for a release in October or November of this year, and at this point, it becomes more about fine tuning the experience than continuing to stuff more features and capabilities into the OS.
That being the case, Microsoft has been emailing Windows Insiders in the Dev Channel to make sure they are aware of what's ahead. 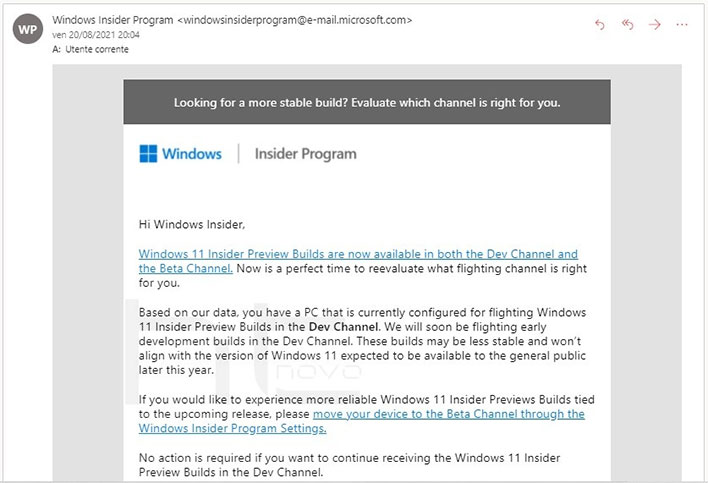 "Now is the perfect time to reevaluate what flighting channel is right for you...We will soon be flighting early development builds in the Dev Channel. These builds may be less stable and won't align with the version of Windows 11 expected to release to the general public later this year," part of the email states. "If you woul like to experience more reliable Windows 11 Insider preview builds tied to the upcoming release, please move your device to the Beta Channel."
This indicates that any features being tested in Windows 11 for an October or November release are now pretty stable, and ready for prime time, minus any last-minute polish. Naturally, we can expect some bugs to slip through, because that always happens. But hopefully any major issues will be kept largely at bay. We'll see.
Anyway, if you are a Windows Insider subscribed to the Dev Channel, now is your chance to hop on a more stable ship before the seas get a bit rockier (you can also get a taste of Windows 11 in your browser, without having to install anything). Otherwise, throw caution to the wind and continue on with your bad self.