It's Thursday, which can only mean one thing: it's time for a fresh build of Windows 11 for Windows Insiders. In this case, Microsoft just launched Insider Preview Build 22000.160 for testers on the Dev and Beta channels.

As with other recent builds, Microsoft isn't bombarding testers with an abundance of new features. Instead, this release only sees the arrival of a new Clock app with updated visuals and new Focus Sessions. Focus Sessions are available to help you concentrate on your most important work while minimizing distractions.

"Research has shown that audio reduces the chance of getting distracted by other things," Microsoft explains. "Focus Sessions supports connecting your Spotify account to help you find the perfect audio to help you focus." 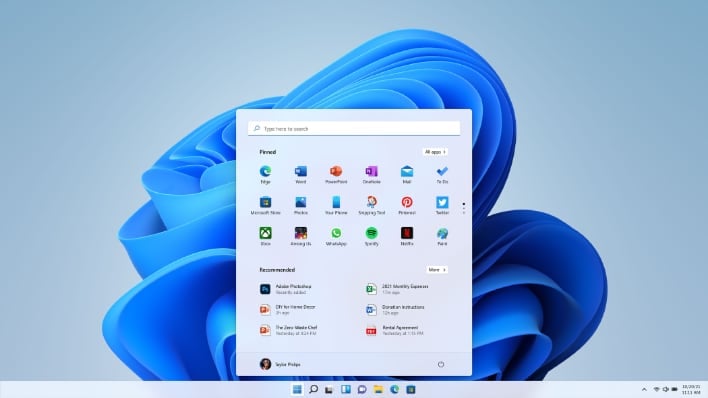 The only other addition with Insider Preview Build 22000.160 is a tweak to the time estimates for installing Windows updates. This feature was previously available for systems with either an SSD or HDD. However, support for the latter has been temporarily removed. "We hope to bring estimates back to PCs with HDDs once we iron out a few more bugs," said Microsoft.

Microsoft is still in bug-squashing mode, and it notes that it fixed an issue with the "location in use" icon in the Taskbar. However, work is still needed both internally by Microsoft and via the legions of Windows Insiders to fix known issues still present in these test versions of Windows 11. There are still dozens of known issues present that are still being addressed.

In other Windows 11 news, Microsoft today announced that it is making Windows 11 Insider Preview ISOs available for the first time to testers. You can hop over to the Windows Insider Preview Downloads page to obtain either a Windows 11 Dev or Beta ISO to perform a clean install on your PC.

We should note that only Windows 11 Insider Preview Build 22000.132 is available in ISO format at the moment. However, once you install it on your system, a quick trip to Windows Update should get you rockin' with Build 22000.160.