We came away relatively impressed when we reviewed Microsoft's Surface Laptop Go, at the time noting its premium build quality, lightweight design, and solid battery life. That was almost two years ago, though, and competition has only gotten stiffer. Not be left behind, Microsoft has formally introduced the Surface Laptop Go 2 with some key upgrades and a modest starting price.
The goals remain the same, or at least similar—to package a capable laptop in a thin and exceptionally lightweight package, with excellent battery life (up to 13.5 hours, according to Microsoft) and smart features at a bearable price. In this case, the retooled Surface Laptop Go 2 starts at $599.99. 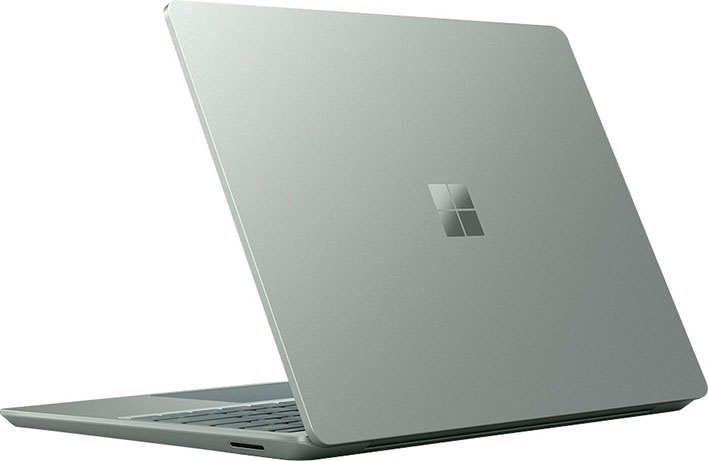 "When we first introduced Surface Laptop Go in 2020, the world was navigating profound changes in the way each of us connects both to people and experiences. The Windows PC became more essential than ever for work, school, play, and social connection," Microsoft says.
Though Alder Lake is the sexier solution in Intel's camp, the Surface Laptop Go 2 packs a Tiger Lake processor, and specifically the Core i5-1135G7. That's a 4-core/8-thread CPU clocked at 2.4GHz to 4.2GHz, along with 8MB of L3 cache, and though it's officially a last-gen slice of silicon, it's a big upgrade over the Core i5-1035G1. 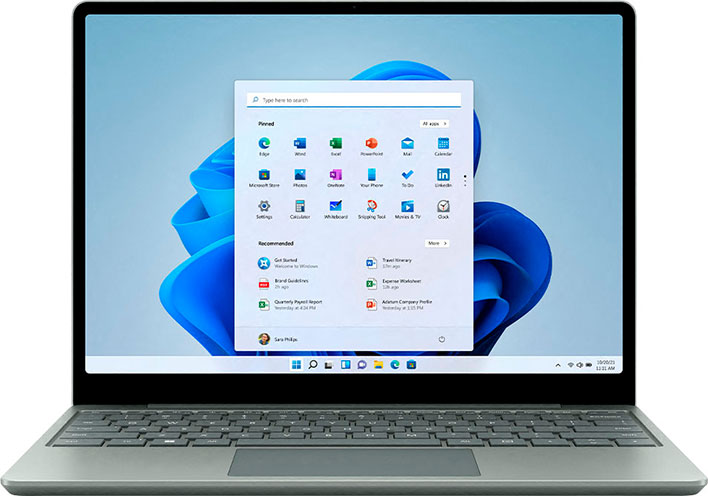 This powers a 12.4-inch PixelSense display with touch support and a 1536x1024 resolution (3:2 aspect ratio), same as the first-gen model. The size (10.95 x 8.12 x 0.62 inches), weight (2.48 pounds), and port allotment (1x USB-A, 1x USB-C, 3.5mm audio, Surface Connect port) are the same as well, so we're not looking at a ground-up overhaul.
That said, there are some changes beyond the CPU. Microsoft said it improved the HD camera and injected dual Studio Mics, and made it easier to repair with more replaceable components. In addition to the SSD, users can easily service and swap the C-Cover (keyset and trackpad), AB Cover (display), and battery.
There are three configurations available, all with the same processor. The least expensive includes 4GB of RAM and a 128GB SSD for $599.99, followed by the 8GB of RAM and a 128GB for $699.99, and 8GB of RAM with a 256GB SSD for $799.99. That means the starting price is $50 higher than it was for the last-gen model, but that one came with half the storage and in eMMC form.

The baseline pricing is attractive, though 4GB of RAM is pretty meager. We haven't spent any hands-on time with this model, but from the outside looking in, it seems the middle configuration is the better bet as the starting point.
You can preorder the Surface Laptop Go 2 now.