Microsoft in the early morning hours revealed official details for its first flagship phone in years: the Surface Duo. Specifications for the device have leaked frequently since the device was officially unveiled back in October 2019, and Microsoft’s production specs largely line up with those previous reports.

First off all, let's delve into the specs for this intriguing dual-screen Android smartphone. Both Gorilla Glass-protected OLED displays measures 5.6 inches diagonally, and feature a resolution of 1800x1350. When combined, you're looking at a workspace with a diagonal size of 8.1 inches with an effective workspace area of 2700x1800 (which just so happens to be the same 3:2 aspect ratio shared by all Surface devices). 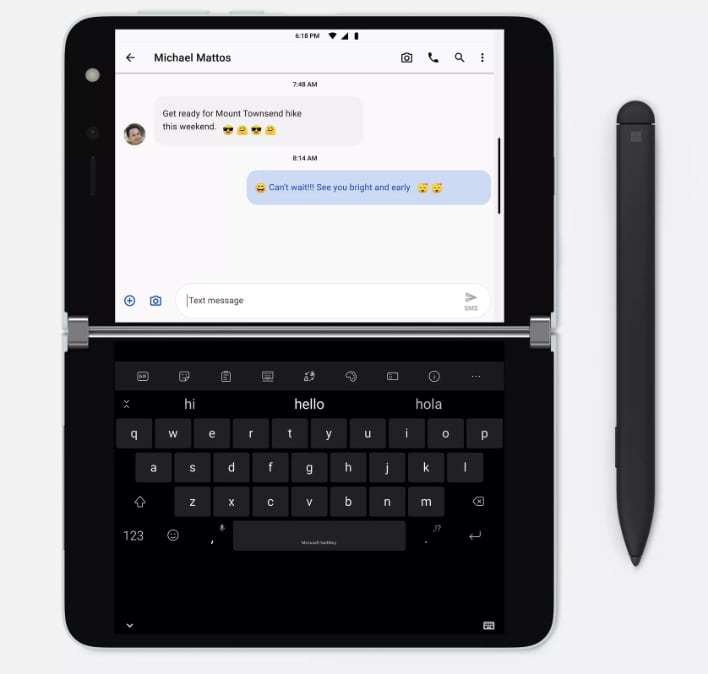 The Snapdragon 855 is paired with a meager [for a flagship] 6GB of RAM along with up to 256GB of internal storage (base configurations come with 128GB). We'd imagine that 5G support wouldn't have even been manageable on the Surface Duo given that it only comes with a small (for its size) 3,577 mAh battery (18W fast charging is supported). To put that in perspective, the mid-range OnePlus Nord features a 4,115 mAh battery, while the original Samsung Galaxy Fold has a 4,380 mAh battery. 3,577 mAh to power dual screens and a Snapdragon 855 is a tall order, and we'll be interested in seeing real-world figures for what Microsoft claims gives the Surface Duo "all day battery life".

The Surface Duo comes with just a single camera, which is an 11MP f/2.0 sensor that is capable of capturing 4K video at 60fps. The camera does support portrait mode, although most flagship devices -- for better or worse -- come with three or more camera these days (wide, ultra-wide, telephoto, macro, etc.). 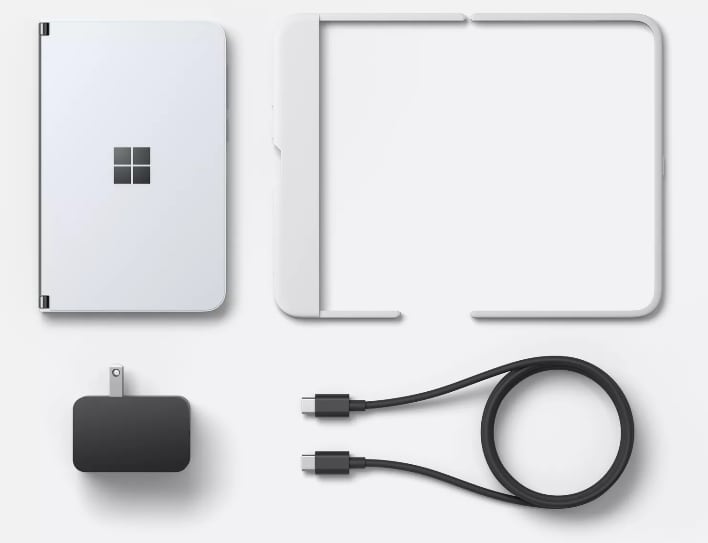 Now we come to the make or break part for Microsoft: pricing and carrier availability. The Surface Duo is priced at $1,399 for 128GB, or $1,499 for 256GB, which puts it on level footing with the Snapdragon 865+ powered Samsung Galaxy Z Flip 5G. The smartphone is available for pre-order right now carrier locked from AT&T (which will get you access to installment plans) or unlocked where it can work across AT&T, T-Mobile, Verizon and internal wireless networks.

According to Microsoft, pre-orders placed today will ship on September 10th. What say you, HotHardware readers: does Microsoft have a winner on its hands with the Surface Duo?