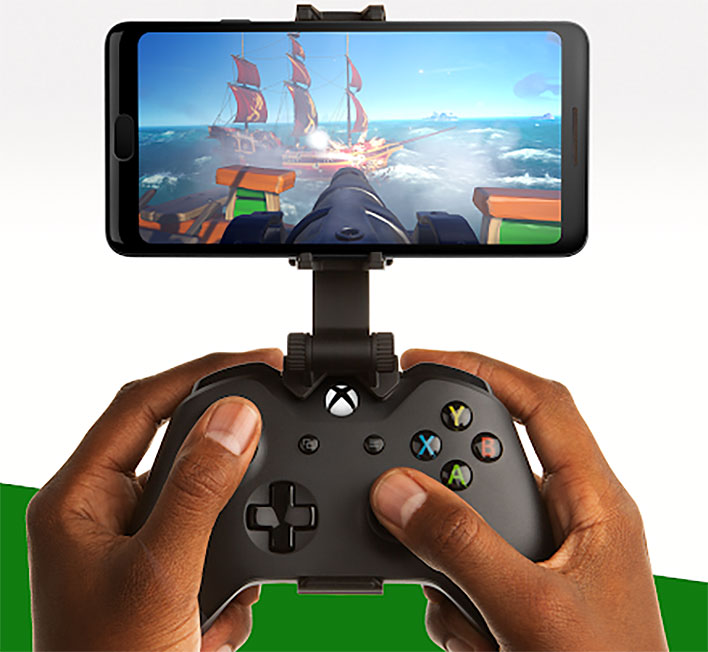 It looks as though Microsoft's nascent xCloud game streaming service is in store for a big hardware upgrade next year. Microsoft xCloud has been available in preview form (aka beta) since October 2019 and allows you to stream Xbox One games to your Android or iOS device for on-the-go, console-quality gaming.

Microsoft is reportedly planning a full-scale public launch later this year, and the xCloud game servers will be powered by current-generation Xbox One S hardware nestled with in blade servers. However, there is a big hardware upgrade on the way in 2021 according to a new report from The Verge. It is claimed that Microsoft will next year switch to Xbox Series X hardware for the blade servers, which will result in a significant boost in performance for game streaming. It's even reported that one single Xbox Series X has enough brute processing power to handle four Xbox One S gaming sessions at once.

Once it officially launches, xCloud will be an integral part of Microsoft's existing Xbox Game Pass subscription service which gives access to over 200 games for a monthly fee. So, gamers could likely take advantage of the download and play aspect of the service when gaming on consoles, while leveraging streaming when on-the-go with an iPhone or Android device.

Microsoft is also testing PC game streaming, which would be available at a later date. The Xbox Game Streaming app for Windows 10 is already in testing, and Microsoft is rumored to already have PC blade servers in place to support Xbox Game Pass for PC subscription streaming.

Microsoft's Xbox Series X is on track to launch during the Holiday 2020 shopping season, and will be joined by the PlayStation 5 in the battle for 4K, 120fps console gaming supremacy.