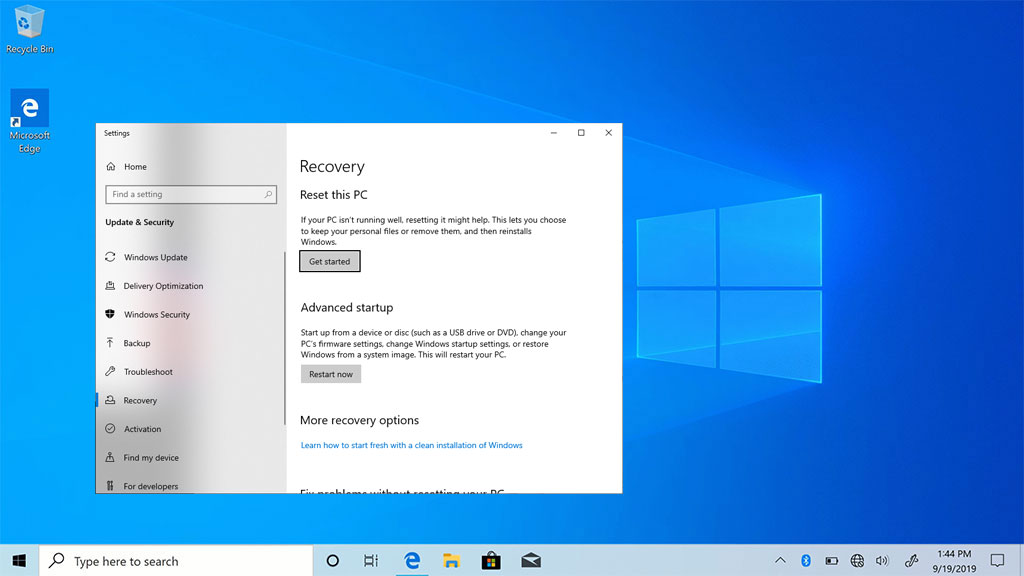 When you are at your wits end with Windows 10, one option is the "Reset this PC" feature, found within the Recovery options in System Settings. There are two subsequent options—keep your personal files, or go full nuclear and remove everything. Neither option had been working for some users for quite some time, though the underlying issue has finally been fixed.
The feature is intended to restore your Windows 10 PC back to its default factory configuration (as you might be prone to do if you're running into BSODs that are proving difficult to diagnose), and is generally faster than reinstalling the OS outright. The caveat is that you will need to reinstall your programs afterward, as well as update drivers and fine tune your system settings to however you like. You are basically starting over (though you can keep your personal files, if you wish).
It's a handy function, though a standalone security update released last year (KB4524244) broke the feature on some PCs. It affected Windows 10 installs dating back to the Anniversary Update (version 1607) that Microsoft rolled out back in 2016, up through the November 2019 Update (version 1909).
That was not on purpose—the update was intended to address a security flaw in which a third-party Unified Extensible Firmware Interface (UEFI) boot manager might expose UEFI-enabled computers to a security vulnerability. Microsoft ended up yanking the update following reports of adverse side effects, the borking of the "Reset this PC" feature being one of them.
As an added remedy for that particular problem, Microsoft included a fix (KB4598479) in this month's Patch Tuesday update.
"This update makes quality improvements to the servicing stack, which is the component that installs Windows updates. Servicing stack updates (SSU) makes sure that you have a robust and reliable servicing stack so that your devices can receive and install Microsoft updates," Microsoft explains.
The Patch Tuesday update was released on January 12, the second Tuesday of the month. If you are affected by this issue and have not yet installed it, grabbing it will ensure that you use the "Reset this PC" feature if needed.