Last month, several issues with printers appeared when Microsoft released its regularly scheduled Windows 10 update. Another Patch Tuesday has come and gone, but not without additional concerns from from users. Some Windows 10 corporate users are reporting DNS and shared folder issues, with the current fix being to simply roll back the update.

After installing the new updates, which brought security vulnerability and bug fixes to users, some people reported having DNS resolution issues that could stop access to shared folders on servers when they attempted to identify them by name. If a user used the IP address for the server instead, they would have no issues. However, that is rather inconvenient. The resolution to this problem is to uninstall the cumulative update, which is also not great as it pulls back the fixes we mentioned.

Interestingly, the issue does not entirely stem from Microsoft, it seems, as BleepingComputer reports that forum users discovered many affected users utilize “Dentrix Dental Practice Management.” While this may be a small subset of those facing problems, what was found is interesting, nonetheless. Evidently, “A longstanding support recommendation for Dentrix customers to reduce network lag has been to disable multicase name resolution (LLMNR) on Windows workstations.” The cumulative update does not play nicely with this policy, however, and users could not access shared server files. 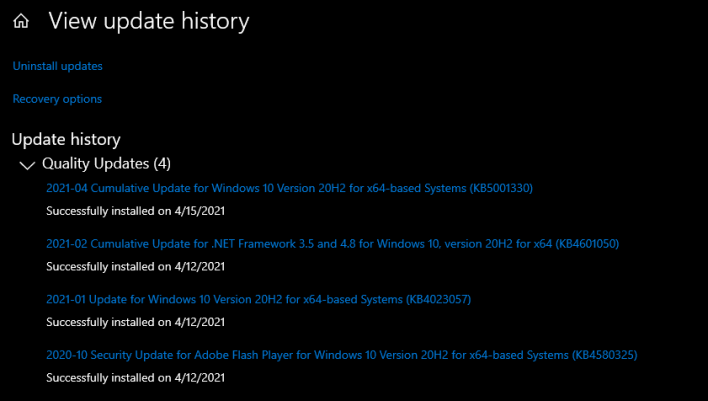 As an alternative to rolling back, the fix for this sub-issue would be to disable the group policy, which stops LLMNR on Windows. However, some customers view this as a non-solution. LLMNR could lag while using the Dentrix software, so enabling it may only cause further issues. Moreover, users with LLMNR disabled without using Dentrix may have a valid reason for doing so, and thus would be bad to just randomly change things.

The accepted community solution at present is to add the server’s name and IP address to the HOSTS file in Windows, which seemed to fix the problem. In the meantime, Dentrix is working with Microsoft to find an adequate solution, but that will not help all customers who have LLMNR enabled. Hopefully, Microsoft will issue a patch soon, so keep an eye on HotHardware for updates.