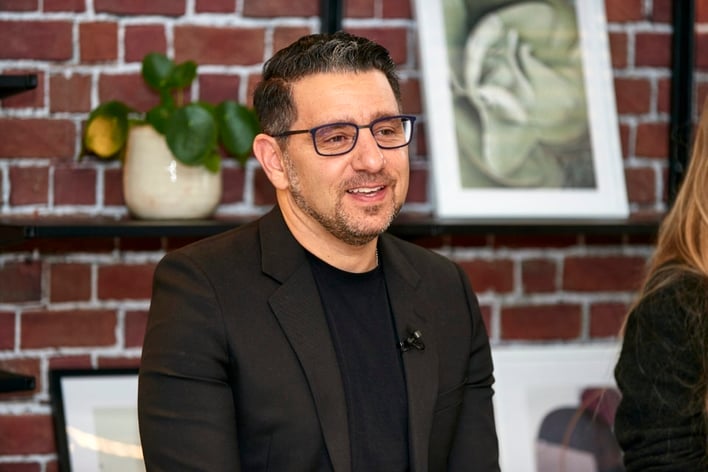 There's a shuffling of the ranks in the Microsoft's executive leadership. The leadership changes involve two familiar faces for those that regularly follow Microsoft news: Joe Belfiore and Panos Panay.

Joe Belfiore up until this point has been the point man for the Windows Experience, which includes Windows client operating systems. Before that, he was the most vocal champion of the now defunct Windows 10 Mobile operating system. Belfiore along with Ales Holecek will now lead the Office Experience Group according to ZDNet.

According to the report, which references an internal Microsoft memo that was sent out to employees today, Belfiore will also retain his position as the leader of the Essential Products Inclusive Community (EPIC), which is a fancy name for the division that handles mobile apps for iOS and Android.

As for Panos Panay (pictured above), he will be in charge of the newly commissioned Devices + Windows group, which will combine the Windows Experience with the Surface hardware team. This is a very Apple-esque move that will further marry Microsoft's software platforms with its well-regarded Surface hardware. Some of the first fruits of these efforts will be seen in the release of the Surface Neo and Surface Duo later this year.

"We believe this will make the Windows Client experience better for the entire PC ecosystem," said Panay in an internal email. "Designing hardware and software together will enable us to do a better job on our long term Windows bets (dual screen, silicon diversity, connectivity, app platform, etc.) and having a single point of Windows Client Experience leadership driving consistent priorities and resourcing across all of Windows client will help all of us accelerate innovation and improve execution."

According to ZDNet's sources, Panay's promotion of sorts may be the result of discussions he had last year about leaving the company. Panay reportedly toyed with the idea of taking a leave of absence, or perhaps even taking a position at Apple. With Jony Ive now [mostly] out of the picture, Panos' passionate enthusiasm for hardware might have been a good fit in Cupertino.

Despite these two big announcements, both Belfiore and Panay will still be reporting to Executive VP Rajesh Jha, who heads up the Experiences and Devices unit.