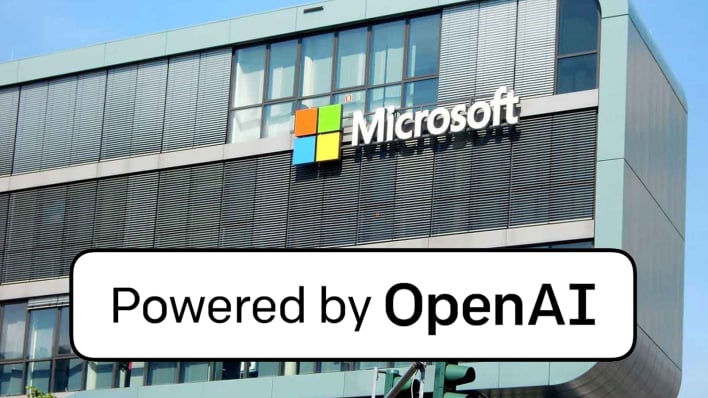 Microsoft is making AI a priority with its products from now on and this week they have announced a partnership with OpenAI to license the GPT-3 AI model exclusively. With this license, Microsoft can develop programs to write, translate language, and summarize long-form code.

Back in March, Microsoft and OpenAI teamed up to develop an Azure-based supercomputer. Besides knowing that it would have 285,000 cores, 10,000 GPUs, and 400Gb/s network connectivity, details were scarce. Since Microsoft was working with OpenAI, it could be assumed that training AI would be the supercomputer's purpose. Now, it seems the relationship has blossomed into something more.
Recently, OpenAI announced the GPT-3 AI model, an “autoregressive language model that outputs remarkably human-like text.” The GPT-3 model, by the numbers, is significantly more powerful and flexible than Google’s Meena AI. “GPT-3 is the largest and most advanced language model in the world,” according to Kevin Scott, CTO at Microsoft, and it “clock[s] in at 175 billion parameters and is trained on Azure’s AI supercomputer.” Now, Microsoft looks to leverage this power with an exclusive license to use GPT-3.

According to Scott, the license is an, “incredible opportunity to expand our Azure-powered AI platform” so that it “enables new products, services and experiences, and increases the positive impact of AI at Scale.” The goal is to make AI a part of many programs and be available to the general populace. The AI can aid in “human creativity and ingenuity in areas like writing and composition, describing and summarizing large blocks of long-form data (including code), converting natural language to another language.”

Overall, Microsoft wants to push all possible development avenues with OpenAI and GPT-3 by “leveraging and democratizing the power of their cutting-edge AI research.” This sort of push and power behind OpenAI and GPT-3 will likely make it one of the most prevalent AI in our lifetime. Therefore, keep an eye on Microsoft to see how they leverage the power of AI in the future.