Since the early 2000s, the DirectX API has been the primary go-between for game engines on the Windows platform and the hardware that drives them. With a new DirectX update announced earlier today, Microsoft has seemingly outed feature-level support for the RDNA2-based line of GPUs from AMD, Xe-HPG discrete GPUs from Intel, as well as future-generation Snapdragon mobile platform GPU engines from Qualcomm.

Feature level support is a bit of a confusing thing, so let's break that down before we dive in too deep here.  With DirectX, there are standard feature sets and feature levels, which help streamline coding for games and provide developers with an idea of what a particular GPU can handle. Standard features are a baseline set that any GPU can handle. Feature levels, however, are integrated differently, depending on what a graphics card can do. For example, ray tracing support is a feature level item. Cards which do not support ray tracing in hardware -- essentially anything other than NVIDIA's GeForce RTX 20 series for now -- would not have the new feature level support. Basically, feature levels detail what a certain GPU hardware or software platform can support.  Now, onto the meat of this update from Microsoft... 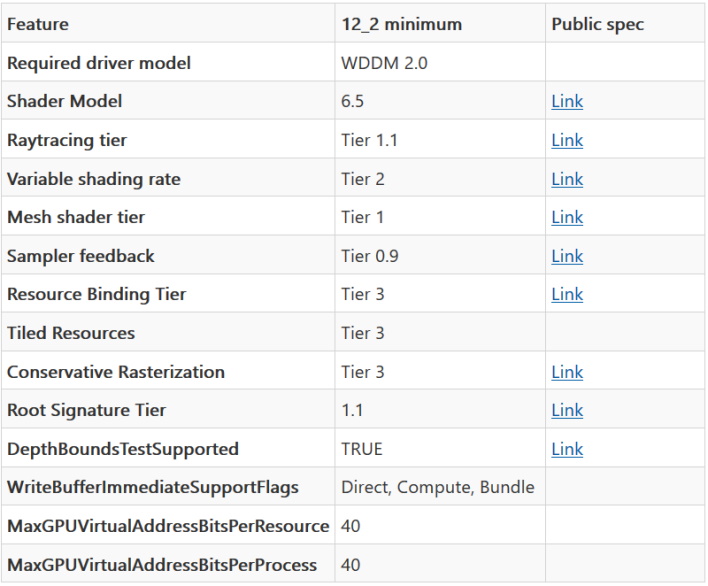 There are a myriad of complex graphics features offered today, and as such, the folks on the DirectX team want to separate them into their own distinct categories and clearly delineate what it means to offer support. Subsequently, the team is adding a feature level with all of the rendering techniques outlined above, while touting these “big-ticket items” for feature level 12_2: 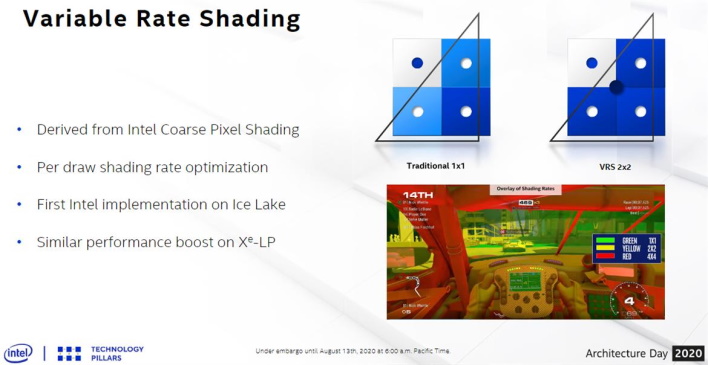 These are some of the more highly anticipated features for DirectX, but we have known about most of them for a while now. The bigger news comes in the fine print. If we scroll down a bit into the “Q&A” section of the announcement, we find the following stated very specifically by Microsoft:

A: We’re absolutely pleased to inform that:
The powerful new capabilities in feature level 12_2 represent exciting new possibilities for game and application developers.

If we look at the underlined and emboldened items, this statement confirms that AMD’s next RDNA2 GPUs, Intel’s Xe-HPG discrete GPU(s), and Qualcomm's Snapdragon platform will all have support for feature level 12_2. Though Xe-HPG is not specifically stated, we know the upcoming Xe-LP coming in Tiger Lake only supports VRS Tier level 1. Since DirectX 12_2 calls for VRS Tier 2 support, the Intel GPU being referenced by Microsoft here is likely a more powerful, next-gen part, like Xe-HPG.

This all means that future AMD, Intel, and Qualcomm products (which have not even been announced formally just yet) will be able to utilize the big-ticket rendering techniques detailed above. At first pass, it's impressive that all of these major silicon players will be somewhat catching-up to NVIDIA's GPUs that already support this full feature set. Secondly, it is somewhat surprising that Microsoft is letting the cat out of the bag in this way. With such big name partners, one would expect Microsoft to keep quiet about upcoming products, but that doesn't appear to be the case this time around. 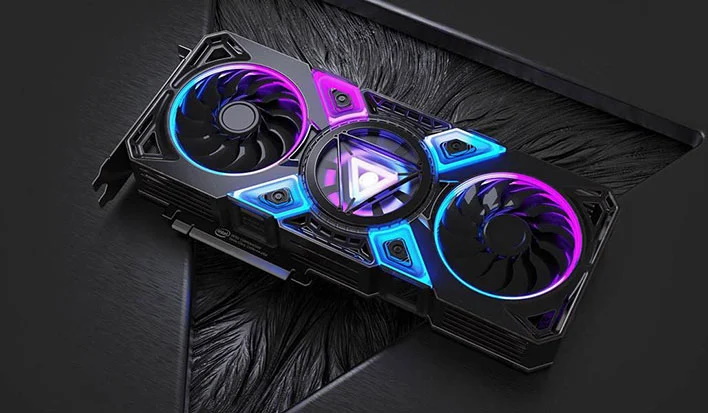 At the end of the day, it is interesting that Microsoft is making confirmations like this. Typically, there's a bit more protocol observed when referencing unreleased products from key partners. Dropping important details like this is exciting for us, though, as it gives a glimpse into the future of next-generation GPUs.  Let us know what you think of this seemingly strategic Microsoft leak, and if you are a little more excited for the future of GPU competition.