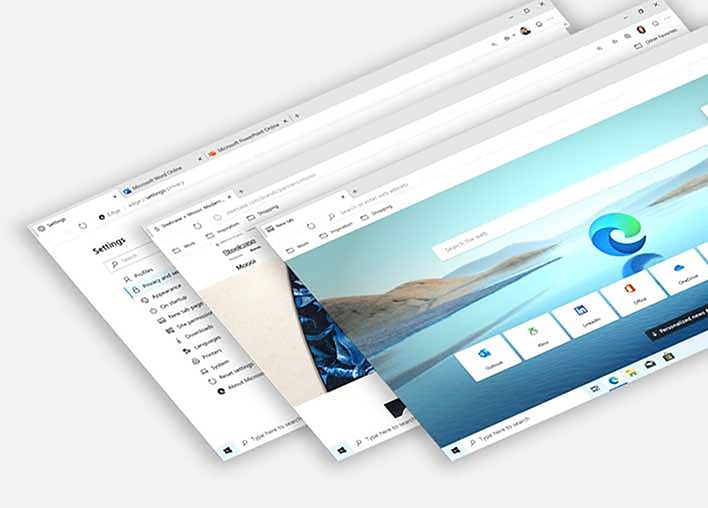 Microsoft has been working on their Chromium-based Edge web browser for quite some time. The company began rolling it out this past June, but a recent update will install this new browser on a much larger number of Windows devices. The KB4576754 update forces the installation of the new Edge browser on Windows 10 version 2004, version 1909, version 1903, and version 1809.

The KB4576754 update will install the new Chromium-based Edge and remove the previous EdgeHTML-based version. Data from the old version of Edge, such as a user’s passwords, will transfer over to the new version. The same applies to start menu pins, tiles, taskbar pins, and shortcuts.

The new Edge will automatically be pinned to the taskbar and a shortcut will be added to the desktop. Users who attempt to use the older version of Edge will be redirected to the newer version. Microsoft also noted that, “The current version of Microsoft Edge will be hidden from UX surfaces in the OS. This includes settings, applications, and any file or protocol support dialog boxes.” To top the update off, the new Edge browser will not support the removal of the recent update.

There are a few additional things to note about this update. First, the KB4576753 update will add the new Edge to Windows 10 version 1803. It provides the same “quality improvements” as the KB4576754 update. Second, neither of these updates are meant for Windows Update for Business (WUfB) managed devices.

Many users have been frustrated by the forced installation of the new browser. However, there are a few workarounds. For example, users can still pause their Windows updates. Users can also head to their command prompt to try to remove the new browser. You can find the directions for the commands here.

There are otherwise few ways to prevent the installation of Chromium-based Edge. Microsoft has purposely made it difficult to remove it, with the company recently stating, “Because Windows supports applications that rely on the web platform, our default web browser is an essential component of our operating system and can’t be uninstalled.” The company insisted that the new Edge is therefore necessary to help maintain compatibility, performance, etc.